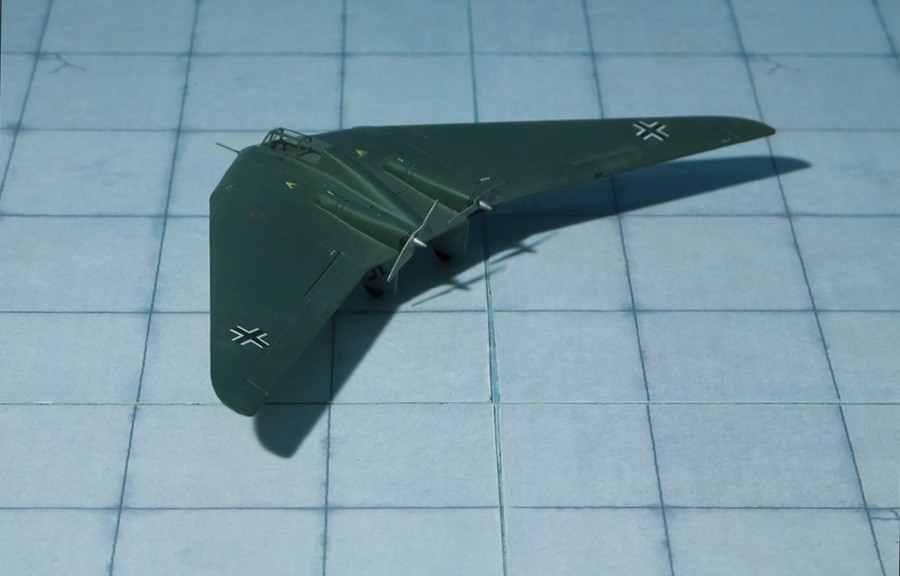 COMMENT: Walter and Reimar Horten, credited as the Horten Brothers, were German aircraft pilots and enthusiasts. Although they had little, if any, formal training in aeronautics or related fields, the Horten Brothers designed not only some outstanding gliders but some of the most advanced aircraft of the mid 1940s, including the world’s first jet-powered flying wing, the Horten Ho 229. Early in 1930, both began their career by designing some outstanding gliders, most of them in flying wing configuration. The first Horten Ho I glider was awarded for its excellent construction and was followed by the Horten Ho II that, after flight testing as glider, was powered  by one Hirth HM 60 R engine with pusher-type propeller. Further development was the Horten Ho III, a high performance glider, of which 14 aircraft were built, and the Horten Ho IV, also a high performance glider. In 1936, supported by the Dynamit Noble Company, construction of the Horten Ho V began, a twin engine flying wing with two seats and built completely from “Trolitax”, a new synthetic material. Most advanced was its control system by combining lateral and yaw control. Undamped vibrations occurred during flight and the aircraft crashed, the pilot survived. The second prototype, the Horten Ho V V-2, a single seater, was constructed in a conventional way, as far as the material and the control systems are concerned. During flight tests the aircraft showed excellent handling characteristics but remained grounded as WW II proceeded (Ref.:  19)