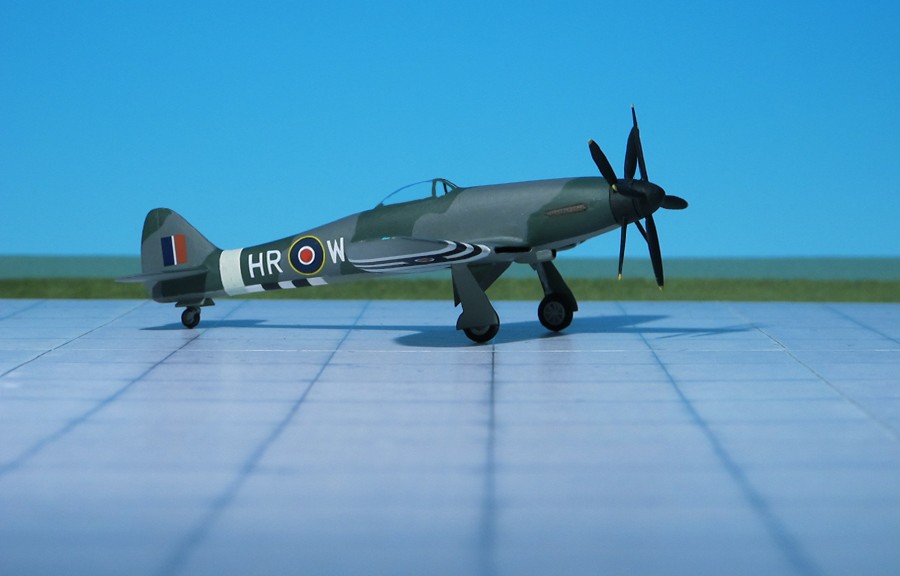 COMMENT: In 1944, in response to F.13/44 specification of the Air Ministry Sydney Camm, chief designer of the Hawker Aircraft Company, started a design, the P.1027, for a slightly enlarged “Tempest” fighter powered by a Rolls-Royce R. 46 engine, which was projected to develop around 2.500 to 4.000 hp. The engine would have driven eight-blade contra-rotating propellers. The radiator was to be moved into a ventral bath under the rear fuselage and wing center section. This design was soon rejected in favour of the P.1030, which featured wing leading edge radiators and larger overall dimensions. Top speed was expected to be app. 508 mph with a rate of climb of 6.400 ft/min and a service ceiling of about 42.000 ft. Both projects were dropped in favour of more promising turbojet engine designs Camm and his team was working on (Hawker P.1048) (Ref.: Unicraft)