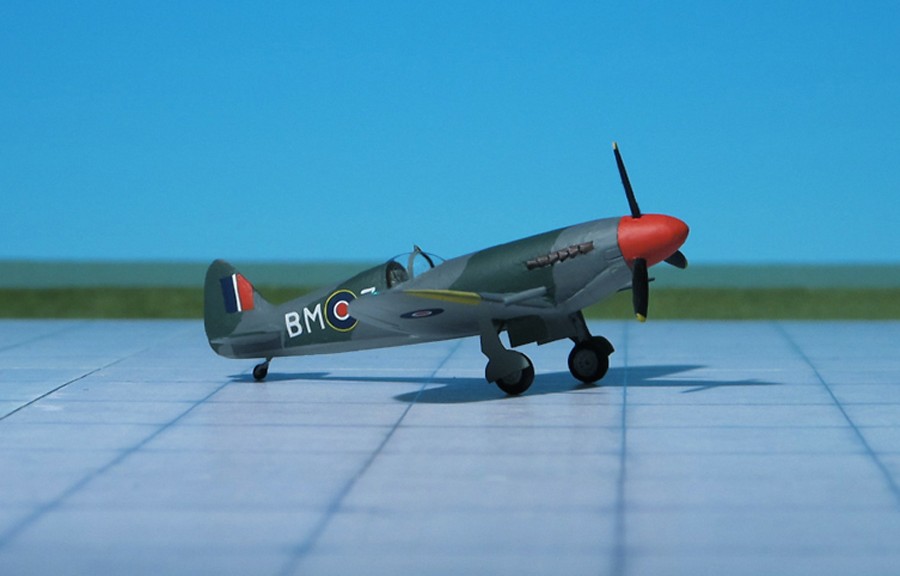 COMMENT: In 1941 a proposal was submitted to the Ministry of Aircraft Production for a high-speed single-seat fighter powered initially by a Rolls-Royce Merlin engine, and later – when in full production – by a more powerful Rolls-Royce Griffon engine. The aircraft was of wooden construction with the exception of the wing spars, which were of metal. Rather unusual it was fitted with a reverse tricycle undercarriage, the rear unit of which was provided with two positions, giving either a horizontal or a tail down attitude to the fuselage. The main undercarriage was folded inwards into the wings, giving a wide track. In order to reduce the frontal area, the windscreen and canopy were very low. To enable the pilot to have an adequate view for take-off and landing, he could raise his seat, the top of the canopy hinging up to form a windscreen. The wings were of elliptical planform, the root thickness rather high. The wing area was substantially less than on other existing fighter, resulting in a higher wing loading. The M.23 was not ordered, possibly because it was of wooden construction and possibly because the Ministry did not believe that, even with a Rolls-Royce Griffon engine, a speed of 470 mph would be attainable with a 20 percent thick wing (Ref.: Unicraft).