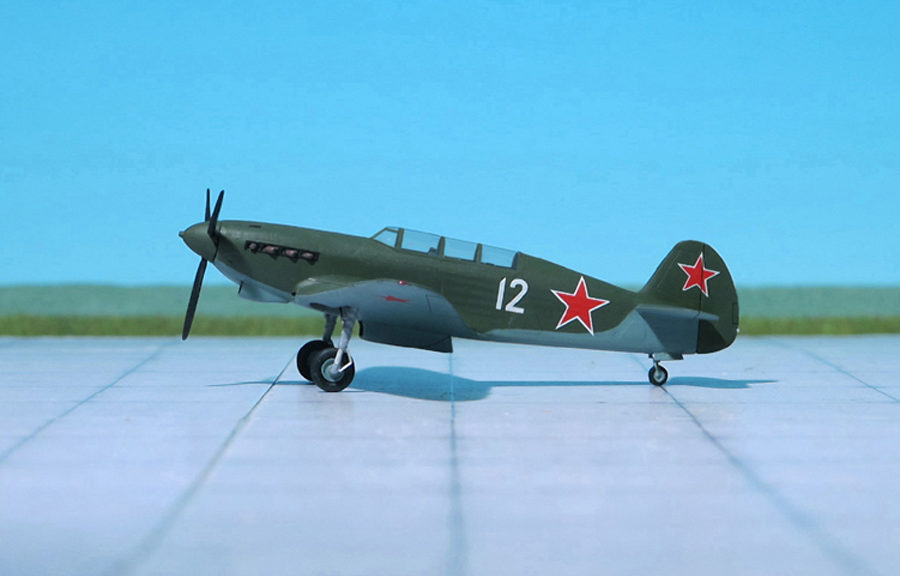 ACCOMMODATION: Crew of one or two, pilot or trainer and student

COMMENT: The Yakovlev Yak-7 was developed from the earlier Yakolev Yak-1 fighter, initially as a trainer but converted into a fighter. As both a fighter and later reverting to its original training role, the Yak-7 proved to be a capable aircraft and was well liked by air crews. The Yak-7 was simpler, tougher and generally better than the Yak-1.
In 1939, A. Yakolev designed a tandem-seat advanced trainer, originally designated “I-27” and then “UTI-26”, offered along with the original I-26 proposal that became the Yak-1. The “UTI” (Uchebno Trenirovochnyi Istrebitel, Training fighter) was intended to give pilots-in-training experience on a high-performance aircraft before transitioning to a fighter. With development work started in 1940, the UTI-26 differed from its predecessor in its larger span wing being placed farther back for balance as well as having two cockpits with dual controls and a rudimentary communication system. It was armed with a single 7.62 mm ShKAS machine gun in the cowling, mainly for use in training, but Yakovlev envisioned a multi-purpose aircraft that could also undertake courier and light transport duties at the front.
The first production aircraft known as Yak-7UTIs retained a retractable main landing gear, but beginning in the summer of 1941, a fixed landing gear variant, the Yak-7V (Vyvozoni = Familiarization) was substituted. The factory reasoned that production would be simplified and that reduced performance would not be detrimental for a trainer. Yak-7UTIs and Yak-7Vs were also equipped with skis for winter operations.
The Yak-7 proved to be an effective close support fighter although the first two-seaters were considered nose-heavy. Consequently, the factory introduced a rear cockpit fuel tank. Pilots complained about the fuel tank’s vulnerability since it was unarmored, and it was usually removed in the field. There were constant changes to the design based on combat observations including a definitive single-seat variant, the Yak-7B, which was produced in large numbers.
Generally, the Yakolev Yak-7 pleased its pilots. They reported that it was easy to fly at all altitudes, stable and easy to maintain and although it did not climb as quickly as a Messerschmitt Bf 109, it was as maneuverable and fast, except in the vertical plane. But defects were also noted: there was too much drag from the radiators, the canopy glass was of bad quality; the pilot was not protected enough, taking-off and landing distances were too long and, above all, it was underpowered.
Yakovlev suggested to Klimov, the engine builder, some modifications that resulted in the M-105PF which was 130 hp more powerful. With this modified engine, the Yak-7B top speed was of 372 mph, it climbed much faster up to 16,404 ft and it was more maneuverable both in the horizontal and the vertical planes. But because the rear tank was removed, its range was reduced and the center of gravity was moved too forward, while M-105 defects (glycol and oil overheating, oil leaks etc.) persisted.
In total 510 two-seat trainer were built, 87 were converted from Yak-7B (Ref.: 24).