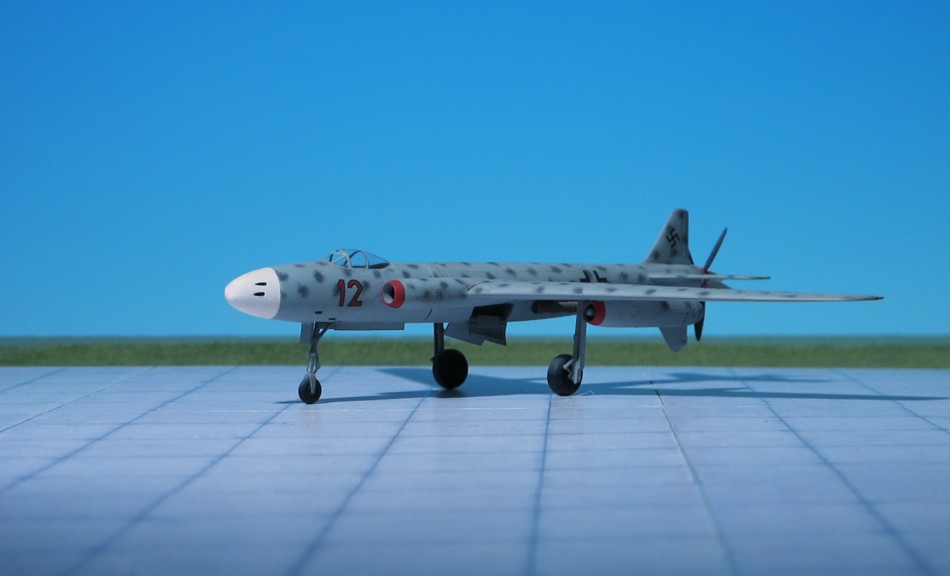 COMMENT: In autumn 1944 the team of Focke-Wulf proposed a design of a mixed-propulsion aircraft as a night and all-weather fighter. Three different projects are planed with different piston engines. Project I with Daimler-Benz DB 603N in-line engine, rated at 2705 hp and driving four-bladed propeller, Project II with Junkers Jumo 222C/D four row radial engine, rated 3000 hp and driving five-bladed propeller (shown here), and Project III with Argus As 413 in-line engine, rated at 4000hp, driving four-bladed propeller. Additionally, the latter two projects featured a pair of BMW 003A turbojets slung under the wings. The mid-fuselage mounted engine drove the rear propeller by an extension shaft and air was fed via two intakes in the wing roots. The wings were swept back and a cruciform tail was fitted, the lower fin also helping to keep the propeller from striking the ground during take-off. A crew of three (pilot, navigator and radar operator) sat together in a pressurized cockpit covered by a bubble canopy. Flight times could be increased up to eight hours with the jet engines shut down and the rear engine operating at half throttle. The aircraft was heavily armed with four forward firing MK 108 30mm cannon in the nose and two upward-firing oblique MK 108 30mm cannon in mid fuselage. In addition, two 500 kg bombs could be carried at the outer wing stations. The defeat of Germany made further plans obsolete (Ref.: 16).