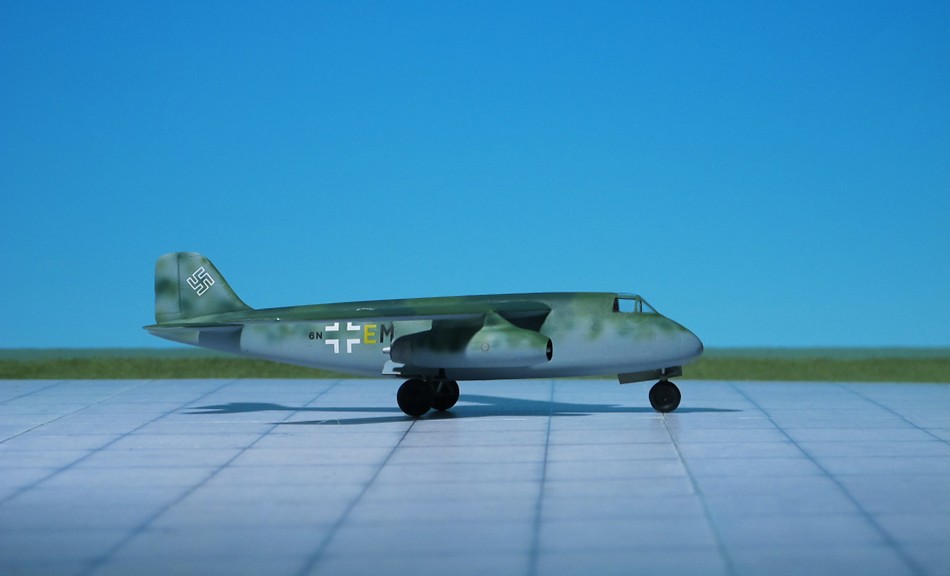 COMMENT: In autumn 1944 the Focke-Wulf company proposed three different designs of fast bombers to meet the RLM’s “1000×1000×1000 Bomber” requirement. The request for proposals called for an aircraft with two turbojet engines and should be able to carry 1,000 kilograms (2,200 lb) of bombs over a distance of 1,000 kilometers (620 mi) with a speed of 1,000 kilometers per hour (620 mph). The third design (Projeckt C) was of conventional layout similar to the first design (Projekt A, while Projekt B was a flying wing design. Projekt C had wings and tail plane of parallel chord and the fuselage was deepened. The two Heinkel-Hirth HeS 011 turbojet engines were on underwing pylons to increase the mass-balance effect. They were also turned out of line to help enhance single engine controllability. The pilot was positioned in a forward cockpit, and one 1000 kg bomb (Hermann) could be carried. As with the other two other bomber projects the Focke-Wulf  Fw 1000x1000x1000 Bomber Projekt C remained on the drawing board (Ref.: 16).