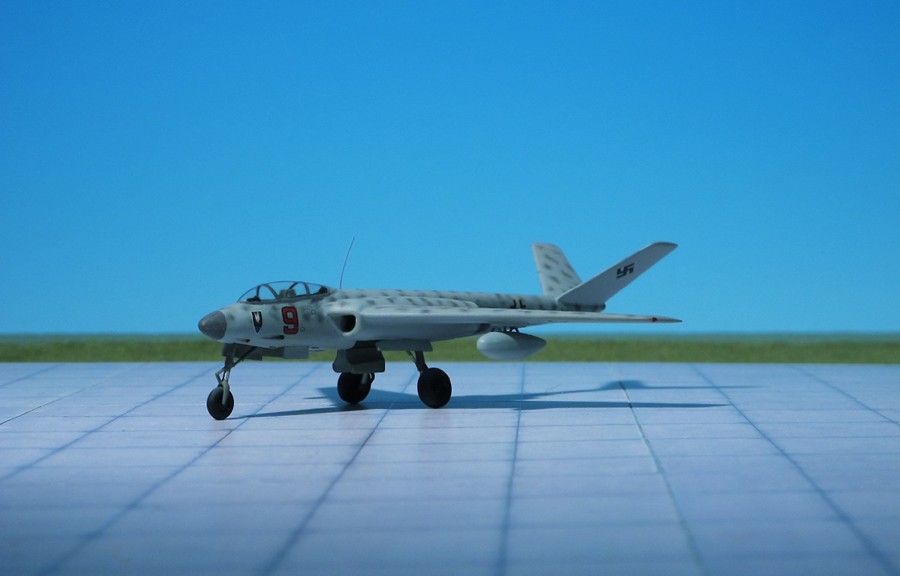 COMMENT:   In mid 1944 the Heinkel design office was working on a heavy night and bad weather fighter with two-turbojet engines, and two crew members under project number P.1079. Initially, two different designs A and B were studied. Project He P.1079A was designed as a night-fighter. The crew of two sat back-to-back in the cockpit which was located near the nose. The wings were swept back 35 degrees and were mounted mid-fuselage, with two Heinkel-Hirth HeS 011 turbojets located in the wing roots. A V-tail plane (butterfly tail plane) was provided and armament was to be four MK 108 30mm cannon. Project He 1079B, a night fighter, too, was closer to a flying wing layout, although there was a single, vertical fin which replaced the V-tail of the P.1079A. Furthermore, the wings were gull-shaped and were swept back at 45 degrees. No evidence has been found that any of both P.1079 projects were ever submitted to the RLM, but it is known that members of Heinkel construction bureau were working on these designs under U.S. supervision during the summer of 1945 (Ref.: 16).