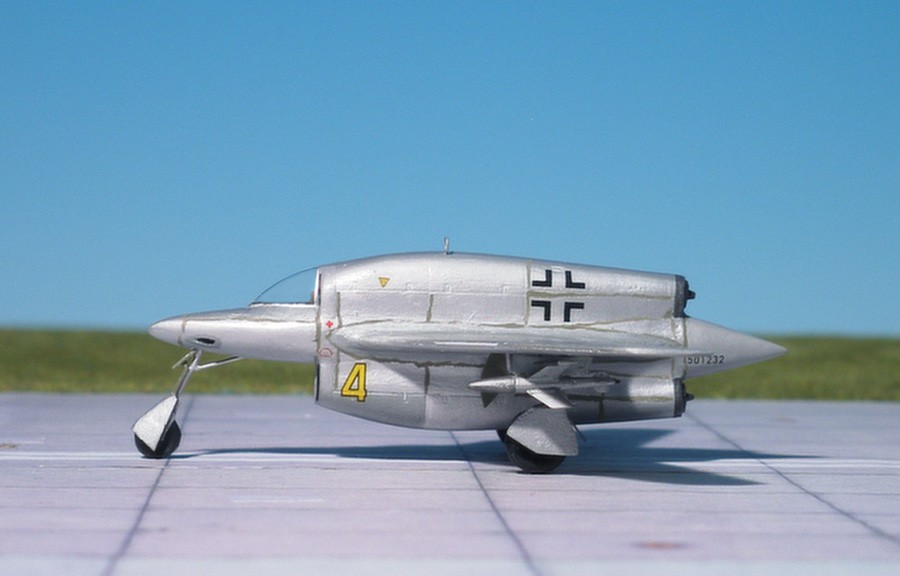 COMMENT: The Messerschmitt Me P.1079/18 „Schwalbe“ (Swallow) project of 1942, not to confuse so to the  Messerschmitt Me 262 „Schwalbe“,  was designed  in the Messerschmitt Abteilung L (for Lippisch) under the leadership of Dipl.-Ing R.Seitz. This single-seat tailles aircraft with a wing leading edge sweep of 37 degree and fitted with fixed outboard slots, ailerons and elevators, was powered by two superimposed  turbojet engines, the upper and the lower air intakes bifurcated  by the cockpit and nosewheel enclosures. The wide-track main wheels  retracted diagonally forwards into the wing roots, the aircraft having a total of six protected fuel tanks. The significance of tail brakes is not known. Beside its use as fast bomber and ground attack aircraft, it was also to function as a Zerstörer. Although this seemingly advanced project was stopped by the RLM in 1942, the Me P.1079/17 which later received the RLM designation Messerschmitt Me 328, was given green light to procced (Ref.:16).