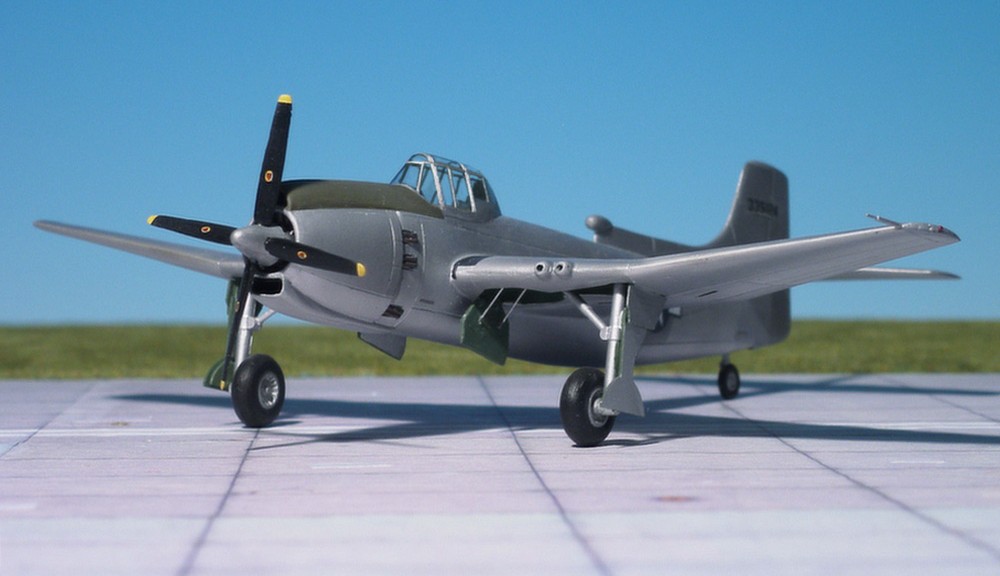 COMMENT: The Vultee XA-41 was originally ordered as a dive bomber. After combat experience led the U.S. Army Air Corps to believe dive-bombers were too vulnerable to enemy fighters, the contract was amended to change the role to low-level ground attack. Although the XA-41 was a potent weapons system, the design was overtaken by more advanced technology, and never entered production.
The Vultee engineering team decided early in the design process to build the XA-41 (company Model 90) around the 3,000 hp Pratt & Whitney R-4360 “Wasp Major” radial engine. The large wing resembled that of the two-seat attack aircraft/dive bomber Vultee A-31/A-35 “Vengeance including a straight leading edge, forward-tapered trailing edge and pronounced dihedral on the outer wing panels. Designed to carry both a large internal load and external stores, the XA-41 was large for a single-engine aircraft. The single-place cockpit, set in line with the wing root, was 15 ft off the ground when the airplane was parked. As operational priorities shifted during its development phase, the original order for two XA-41 prototypes was cancelled, although the USAAF pressed for the completion of one prototype as an engine testbed for the R-4360, the same engine used by the Boeing B-50 “Superfortess” bomber.
Flying for the first time on February 1944, the sole XA-41 proved to have good performance with a maximum speed of 354 mph reached in testing and superb maneuverability, being able to out-turn a P-51B “Mustang”. However, with the reduction in military orders due to the approaching end of the war, no production contract was placed, and the aircraft was used as an engine testbed for the USAAF as well as being evaluated by the U.S. Navy in comparison with other contemporary attack aircraft, especially the Douglas AD-1 “Skyraider” and Martin AM-1 “Mauler”. After its Navy trials, the XA-41, bearing civil registration, was consigned to the Pratt & Whitney division of United Aircraft to continue engine tests. These continued until 1950 before the XA-41 was scrapped (Ref.: 24).