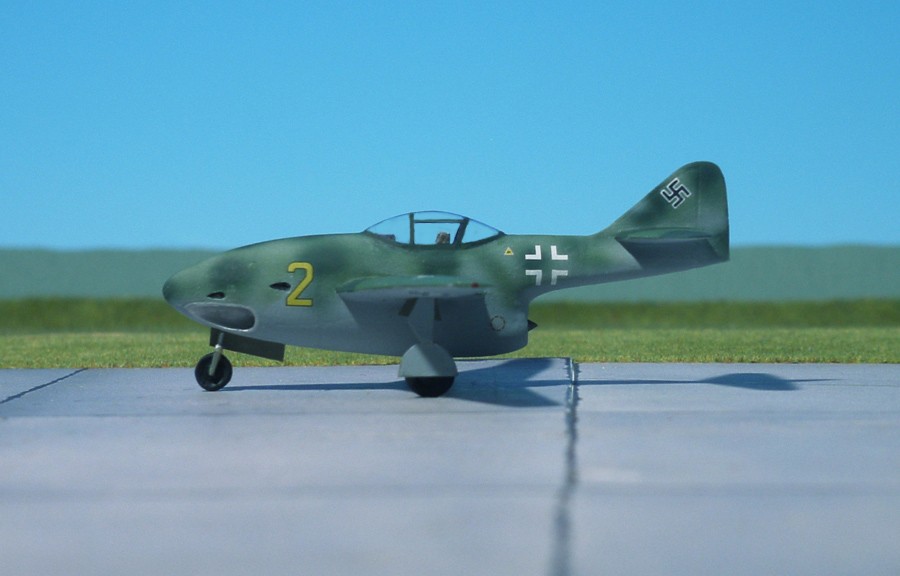 COMMENT: The Messerschmitt Me P.1092/5 was the final design of all Me P.1092 projects. The layout was similar to the Me P.1092/3 and Me P.1092/4 as far as wings, tail compartment, air intake, undercarriage and turbo engine are concerned. Also the calculated performance remained equivalent. Solely the cockpit was moved back above the wings to give more space for armament in the fuselages nose. All the different Me P.1092 projects remained on drawing board. However, the designs influenced later projects such as Messerschmitt Me P.1106 and Me P.1101, respectively.