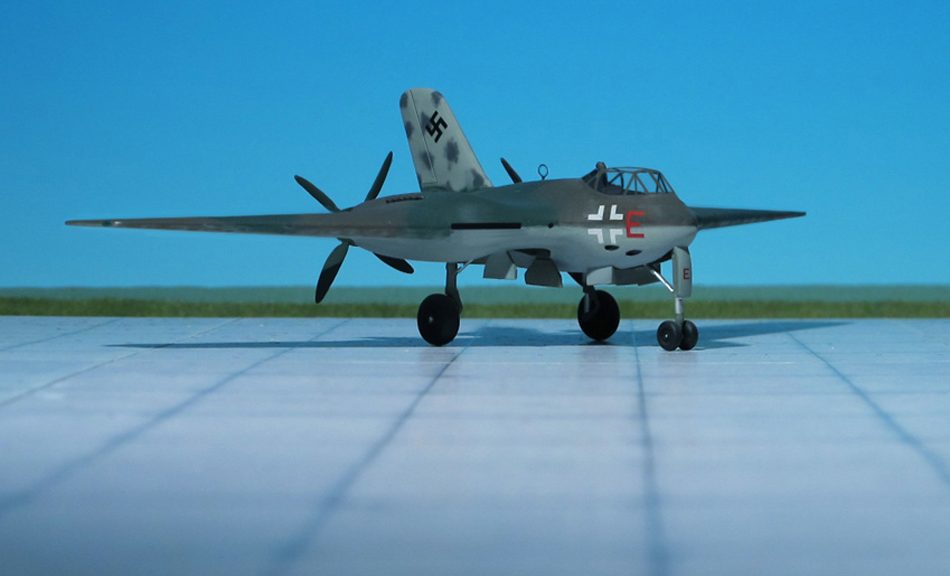 COMMENT: In February 1942 severe problems became obvious with the new twin-engine Messerschmitt Me 210, successor of the aging Messerschmitt Me 110. Due to longitudinal instability and lack of performance the series production was stopped and switched back to the inadequately Me 110. So Messerschmitt was forced to redesign the aircraft by lengthening the fuselage and adding more powerful engines what finally became the Messerschmitt Me 410. In the meantime a search was begun on a new design for a twin-engine heavy fighter.
Since beginning of 1939 Prof. A. Lippisch and his design staff was part of the Messerschmitt Company and was well known for many advanced and unorthodox projects. Among these was a design study, the Lippisch LiP.10, a fast, tailless, twin-engine bomber that incorporated many parts of the unsatisfactory Me 210. Independent to this Dr. Wurster from Messerschmitt’s design team was working on a similar project that officially was designated Messerschmitt Me 329. This aircraft was of tailless design and was to be constructed mainly from wood. This would save on strategic materials and keep the weight lower. The large area wing was swept back at approximately 26 degrees, and two Daimler-Benz DB 603 engines were buried in the wings, each driving a 3.4 m four-bladed pusher propeller. A large fin and rudder was mounted at the rear and a tricycle landing gear was provided. Other advanced touches included the pilot and navigator sitting tandem in a broad bubble canopy and a remote-controlled rear gun in the tail aimed via a periscope system from the cockpit. Performance comparison between the Lippisch Li P.10, the Me 329 and the Me 410 showed that the improvement of the Me 329 over the Me 410 was marginal. So development received a low priority, and while a full-scale glider  mock-up was tested in the winter of 1944/5, work on the project was cancelled shortly after (Ref.:  16, 17).