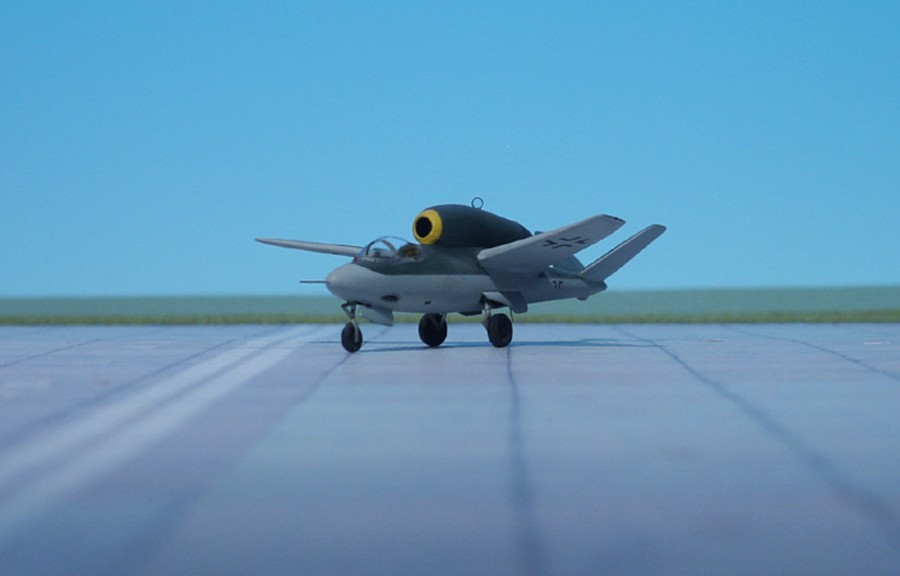 COMMENT: The Heinkel he 162D was a parallel development  to the Heinkel He 162C what was essentially similar but featured a swept-forward wing. There appeared to be certain advantages to be gained by sweeping the wing surfaces forward towards the tips, the critical Mach number being similar to that for an equal angle of sweepback but the tip stall tendency being removed and thus permitting higher taper ratios in both planform and thickness.
Swept-forward wings were also tested or designed in Germany by Junkers with Ju 287, EF 122, 125, EF 131, by Blohm & Voss with Bv P.209.02, and in the United States with Cornelius XFG-1 fuel-transport glider.
Neither the Heinkel He 162C nor the He 162D took-off into the air. But when the Heinkel factory at Schwechat, Austria, was occupied by Allied troops, a half-completed prototype for the Heinkel-Hirth HeS 0114A-powered B- model was found, this having interchangeable swept-back (He 162C) and swept-forward wings (He 162D). (Ref.: 7)