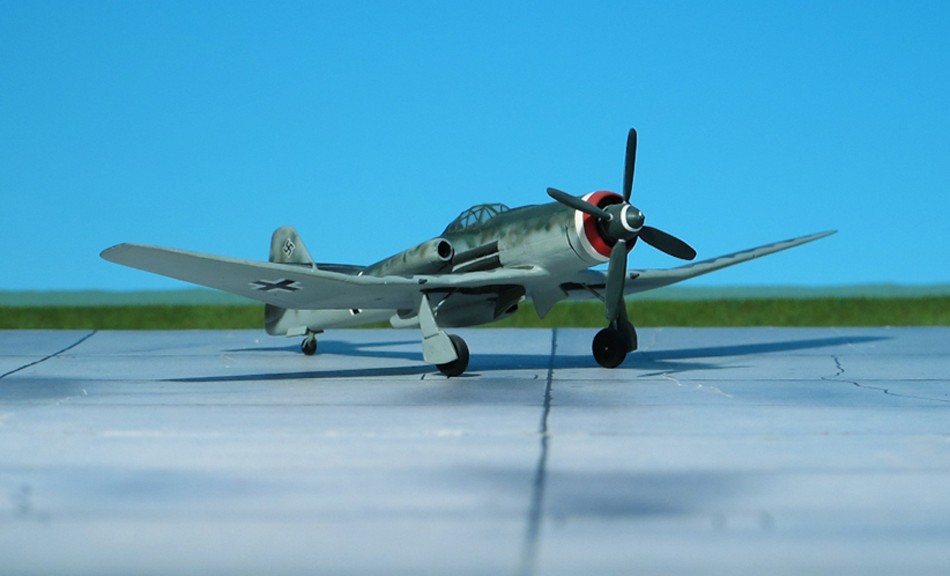 ACCOMMODATION: Pilot only, in pressurized cockpit

COMMENT: : Immediately after transfer of the Messerschmitt Me 155-project from Messerschmitt to Blohm & Voss the layout and the arrangement of the radiator was a topic of intensive discussion between both companies. Dr. Vogt from Blohm & Voss Company suggested a solution to delete the unpopular complex underwing radiators. As a result the Bv P.205, as the designation was officially given to that design, the aircraft was quite different in appearance to the Bv 155B. The clumsy wing-mounted radiators of the Bv 155B were eliminated, and the main landing gear leg attachment points were moved inboard to retract inwards. The cooling was provided by an annular frontal radiator as in the Focke-Wulf Ta 152. Large circular intakes were attached to the fuselage sides above the wing roots. The engine cowling and turbo–charger were unchanged. With the wings now free of clutter, they were considerably simpler and were reduced in span. This also had the side effect of reducing the track, which would later prove to be a welcome change. The new design would be simpler, lighter and faster, and plans were made to make it the standard version of the aircraft. The project never left the drawing board, but further development led to the Blohm & Voss Bv 155C “Spezial Höhenjäger” (Special high altitude fighter) where all radiators were located underneath the engine, allowing an aerodynamically clean airfoil. A mock-up was under construction when the war ended (Ref.: 17, 23).