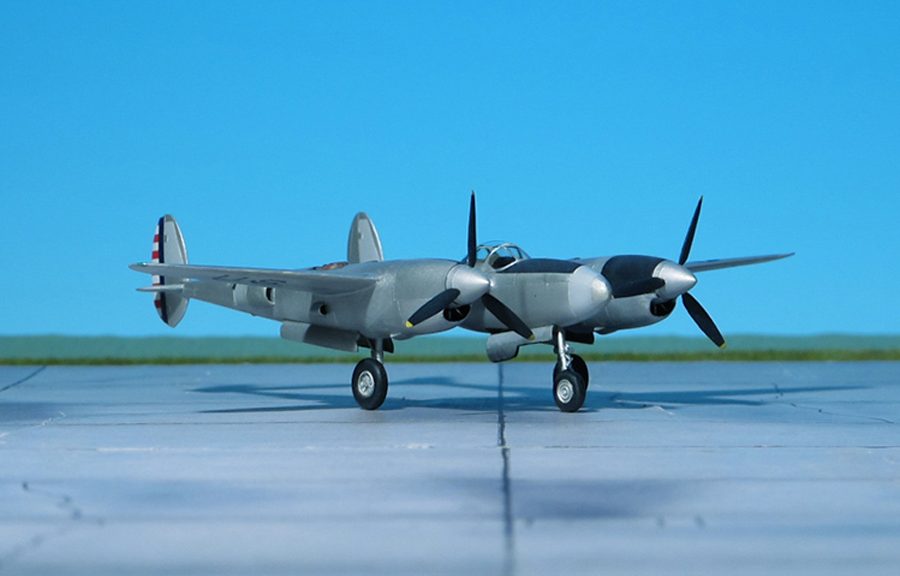 COMMENT: The Lockheed XP-49 was a further development of the P-38 “Lightning” for a fighter in response to U. S. Army Air Corps proposal 39-775. Intended to use the new 24-cylinder Pratt & Whitney X-1800 engine, this proposal, which was for an aircraft substantially similar to the P-38, was assigned the designation XP-49, while the competing Grumman Model G-46 was awarded second place and designated XP-50 “Skyrocket”, US Army Air Corps version of the US Navy Grumman XF5F-1 “Skyrocket”.
Ordered in October 1939 and approved on January 8, 1940, the XP-49 would feature a pressurized cockpit and armament of two 20 mm (0.79 in) cannon and four .50 in (12.7 mm) machine guns. Two months into the contract, a decision was made to substitute the Continental XI-1430-1 (or IV-1430) for the X-1800. The XP-49 first flew on 11 November 1942. The prototype force-landed on 1 January 1943, when the port landing gear failed to lock down due to combined hydraulic and electrical system failures. The XP-49 next flew 16 February 1943, after repairs were made. Preliminary flight data showed performance was not sufficiently better than the production P-38, especially given the questionable future of the XI-1430 engine, to warrant disruption of the production line to introduce the new model aircraft. Consideration of quantity production was therefore abandoned (Ref.: 24).