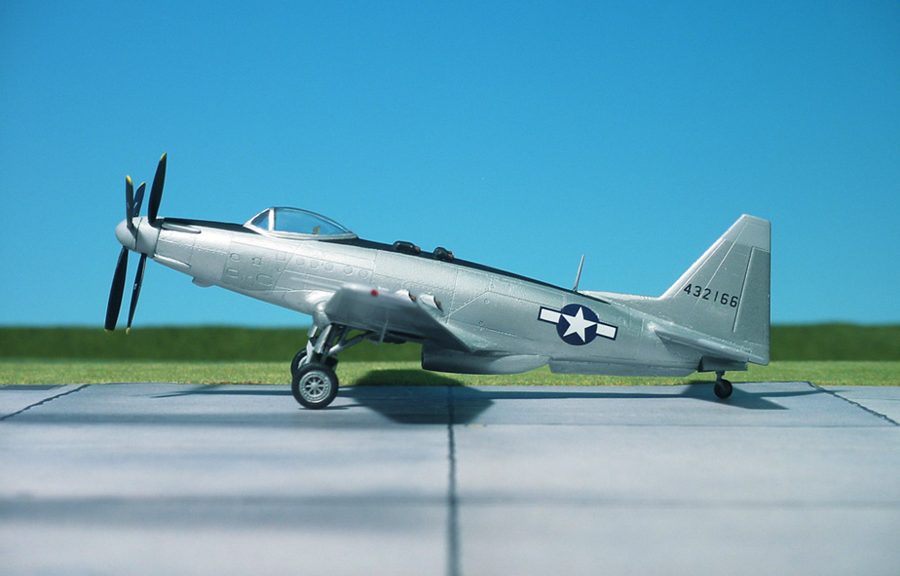 Comment: The disappointing results of the test program with the General Motors/Fisher XP-75 “Eagle” led to a complete re-design of the aircraft. Furthermore, in mid-1943, the need for long-range escort fighters became more urgent than fast climbing interceptors so a decision was made to order six more XP-75 airplanes modified for the long-range role. At this time, an order for 2,500 production aircraft was also let, but with the stipulation that if the first production version P-75A was not satisfactory the complete order might be canceled.
At the time, General Motors was busy in several projects towards the war effort, including the mass production of several different aircraft types, among them the Grumman TBM “Avenger”. Redesigns of the P-75A “Eagle” were introduced including a new outer wing section from the North American P-51 “Mustang”, a modified tail assembly, new “bubble” canopy, and a V-3420-23 engine that corrected most of the deficiencies by the time the first P-75A “Eagles” entered flight test in September 1944.
By this time, the Army Air Forces decided to limit the number of combat aircraft types in production and not enter into large-scale production of new types that might not be available before the war ended. As the twin-engine Lockheed P-38 “Lightning” and North American P-51 “Mustang” demonstrated excellent long-range capabilities the production run of the P-75A “Eagle” was substantially terminated on October 1944. Although the “Eagle” was given extensive media coverage prior to its first flight, being trumpeted as a “wonder plane”, it was decided to use the six completed production aircraft for experimental work and development of the V-3420 engine. As a result of these events, the P-75A did not complete formal performance trials due to termination of the production contract. Ultimately, only eight XP-75s and six P-75As were built (Ref. 24).