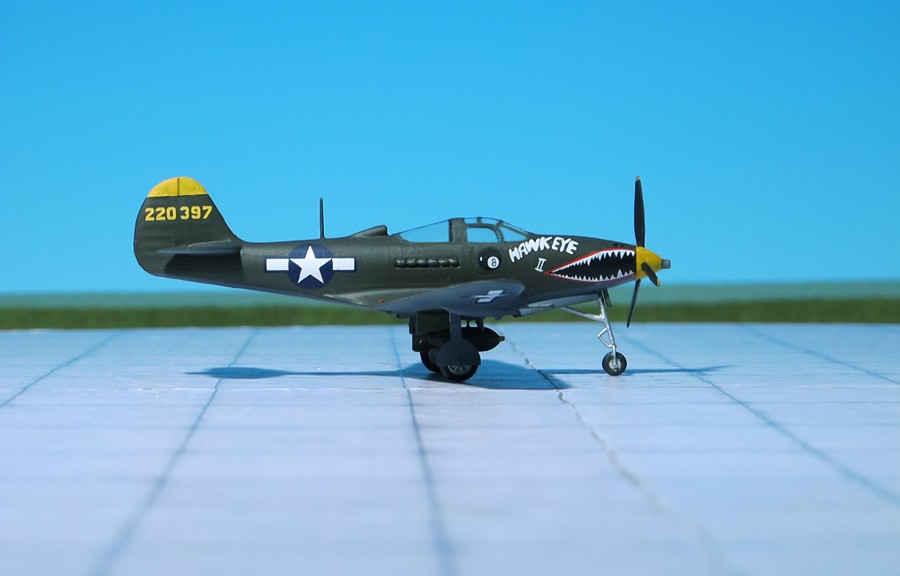 COMMENT: The Bell P-39 “Airacobra” was one of the main American fighter aircraft in service when the United States of America entered the World War II. Designed by Bell Aircraft, it had an innovative layout, with the engine installed in the center fuselage, behind the pilot, and driving a tractor propeller via a long shaft. It was also the first fighter fitted with a tricycle undercarriage.  Although its mid-engine placement was innovative, the P-39 design was handicapped by the absence of an efficient turbo-supercharger, limiting it to low-altitude work. The XP-39 made its maiden flight on 6 April 1938 achieving 390 mph at 20,000 ft, reaching this altitude in only five minutes. A production order was placed and by the time of the Pearl Harbor attack, nearly 600 P-39s had been built. When P-39 production ended in August 1944, Bell had built 9,558. Most important variants were Bell P-39N and P-30Q, if which 4,773 have been built. The “Airacobra” saw combat throughout the world, particularly in the Southwest Pacific, Mediterranean and Russian theaters. But the “Airacobra” found itself outclassed as an interceptor and the type was gradually relegated to other duties. It often was used at lower altitudes for such missions as ground strafing (Ref.: 23).