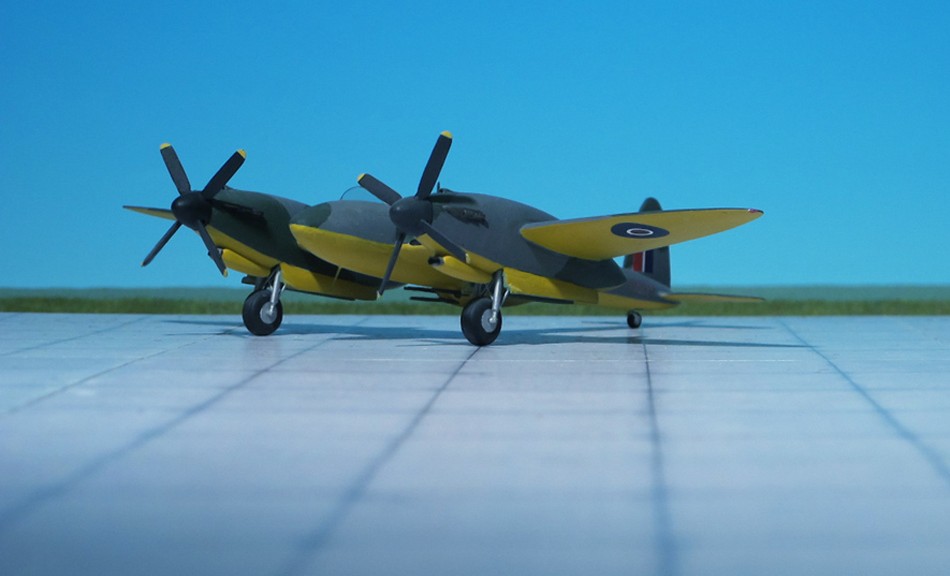 COMMENT: The possibility of Luftwaffe aircraft operating over the United Kingdom at altitudes beyond the capabilities of existing RAF fighters led the Air Ministry to the decision to call for a specialized high altitude interceptor according to specification F.16/40. Vickers tendered the Type 432, which at one time dubbed unofficially the “Mayfly” that flew for the first time in December 1942 some seven weeks after the competitive Westland P.14 “Welkin”. Embodying a pressurization system similar to that for the Wellington V and VI bombers, the Type 432 prototype had a relatively small, self-contained pressure cabin for the pilot whose head projected through a small, double-glazed dome or bubble which hinged to one side for better entrance and exit. Initial trials proved the Type 432 to be difficult to handle on the ground, although it processed an excellent performance once in the air, with a substantially higher maximum speed than that of the “Welkin”. Nevertheless, the Westland fighter was selected for production and flight trials with the sole Type 432 prototype continued until December 1944 when the machine was finally scrapped (Ref.:  12). 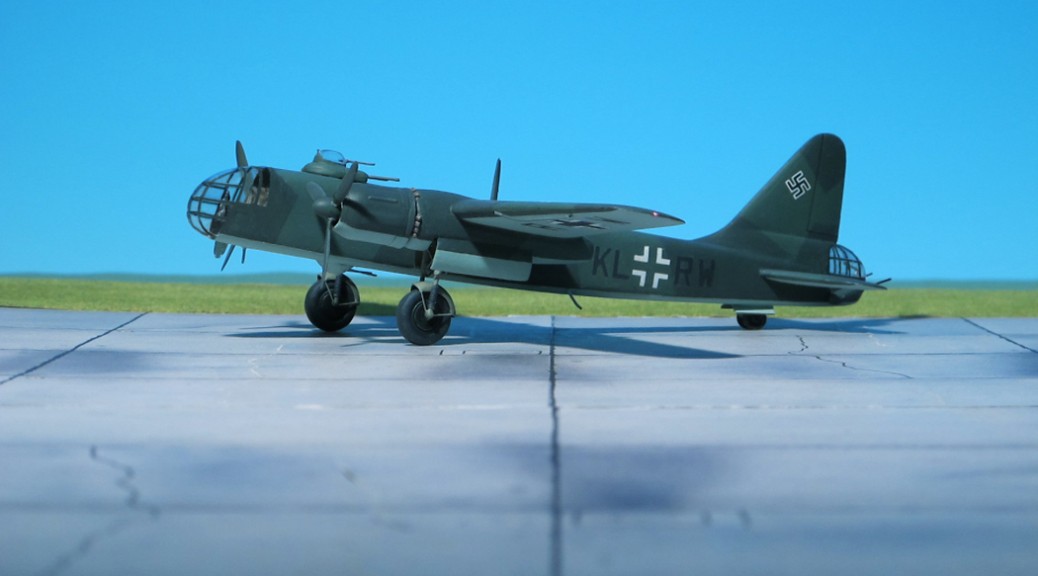 COMMENT: In 1942 the RLM called for proposals for an “Arbeitsflugzeug” (“Work aircraft” or general-purpose aircraft) used as horizontal- and dive-bomber, torpedo and missile-carrier as well as long-range reconnaissance. Invited were aircraft companies such as Blohm & Voss, Dornier, Heinkel, and Junkers. Blohm & Voss presented the Bv P. 163, Heinkel the He P.1065, Junkers the Ju 88E (which later became the Ju 188), and Dornier the Do 417. In December 1942 the decision was made in favor of the Dornier design and the prototype Do 417 V1 was scheduled for first flight in August 1943. Mass production should start in April 1944. The Do 417 V1 was powered by a BMW 801G engine, while in the Do 417 V2 Daimler-Benz DB 603A engines should be installed. Finally, for production-reasons and because of higher speed the Junkers Ju 188 was favored for production. (Ref.: 17) 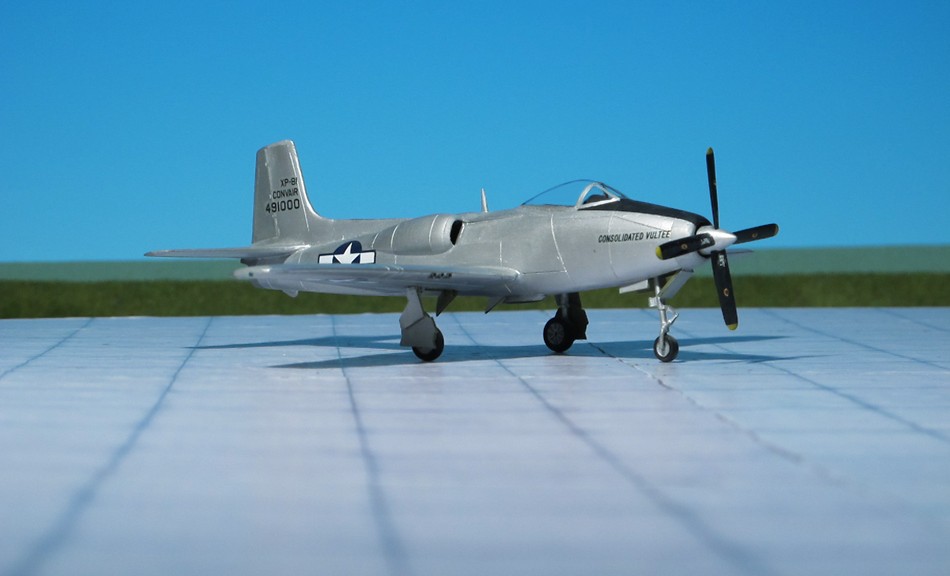 COMMENT: The Consolidated Vultee XP-81was a development of the Consolidated Vultee Aircraft to build a single seat, long range escort fighter that combined use of both turbojet and turboprop engines. Although promising, the lack of suitable engines combined with the end of World War II doomed the project.
Two prototype aircraft were ordered on February 1944 that were designated XP-81. The engine selection was an attempt to couple the high-speed capability of the turbojet engine with the endurance offered by the propeller engine. The XP-81 was designed to use the General Electic TG-100 turboprop engine in the nose driving a four-bladed propeller and a General Electric J33 turbojet in the rear fuselage. The turboprop would be used for normal flight and cruising and the turbojet added for high-speed flight.
The first XP-81 was completed in January 1945 but because of developmental problems the turboprop engine was not ready for installation. A decision was then made to mount a complete Packard V-1650-7 Merlin engine package from a North American P-51D Mustang aircraft in place of the turboprop for initial flight tests. This was done in a week and the Merlin-powered XP-81 was sent to the Muroc airbase where it flew for the first time on 11 February 1945. During 10 flight test hours, the XP-81 displayed good handling characteristics except for inadequate directional stability due to the longer forward portion of the fuselage. This was rectified by enlarging the vertical tail.
While 13 Convair YP-81 pre-production aircraft had been ordered, the capture of Guam and Saipan eliminated the need for long-range, high-speed escort fighters and then, just before VJDay the contract was cancelled, after 85% of the engineering was completed. The YP-81 was to be essentially the same as the prototype but with a lighter and more powerful General Electric TG-110 (XT41) turboprop engine, the wing moved aft 0.25 m, and armament of either six 12.7 mm machine guns or six 20 mm cannon.
After the XP-81 was returned to Vultee Field, the TG-100 turboprop was installed and flight testing resumed, including the first flight by an American turboprop-powered aircraft on 21 December 1945. However, the turboprop engine was not able to produce its designed power; producing only the same output as the Packard Merlin (1,490 hp) with the resultant performance limited to that of the Merlin-engined version.
With the termination of hostilities, the two prototypes continued to be tested until 1947 when they were both consigned to a bombing range as photography targets (Ref.: 24).