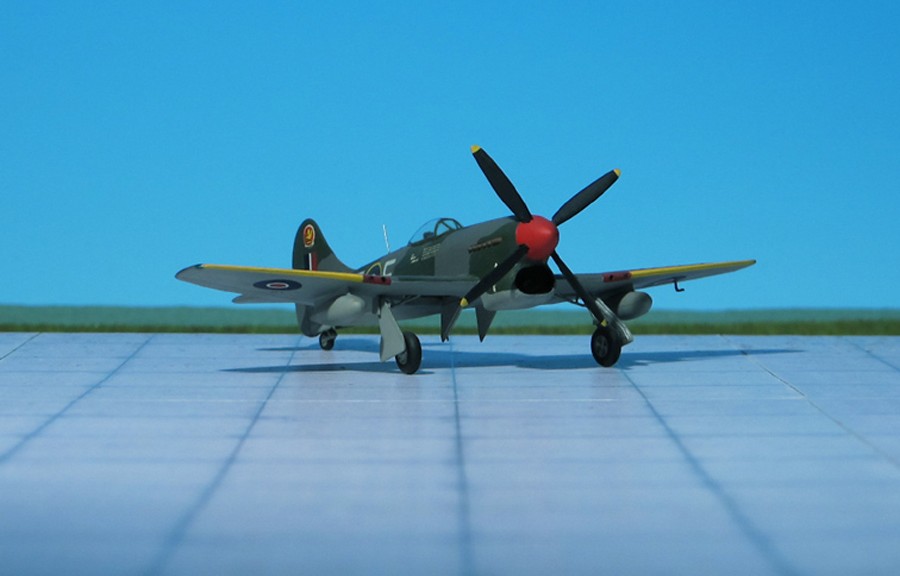 COMMENT: The Tempest V preceded the Tempest II into production and squadron service, and was, in fact, the only variant of the Tempest series of fighters to be employed operationally during WW II. The Tempest V employed the well-tried Napier Sabre II engine of the Typhoon yet, despite its close family resemblance to the earlier fighter and the use of the same engine, it possessed a markedly superior performance, being an object lesson in aerodynamic refinement. The first production tempest V flew on June 1943 and the type entered service in April 1944. Within a couple of months the Tempest V was the fastest low-medium altitude fighter available to the RAF and had become the mainstay of Britain’s fighter defence against the German Fieseler Fi 103 Flying bomb (V 1). In total 801 Tempest V had been built. A further development of this famous fighter was the Tempest VI (Ref.: 12)