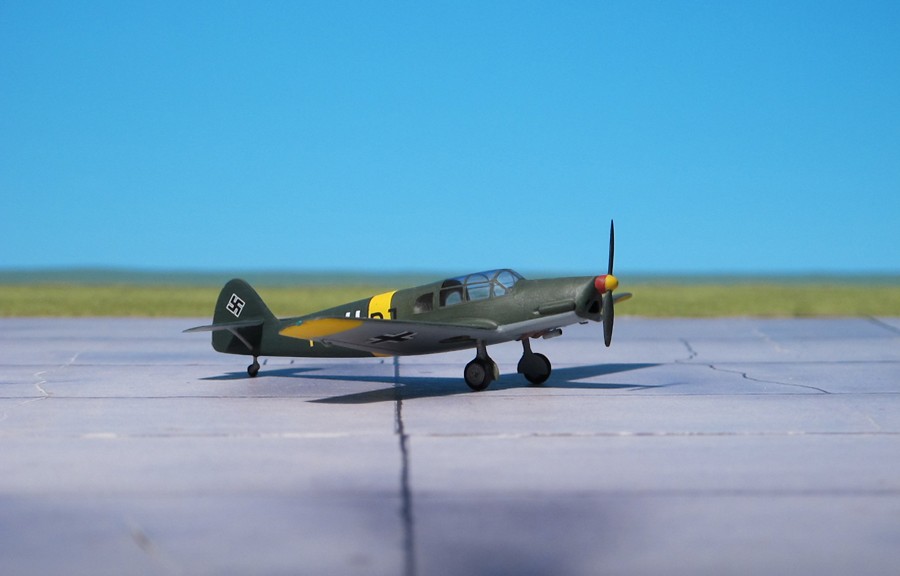 COMMENT: The Messerschmitt Bf 108 Taifun (“Typhoon”) was a German single-engine sport and touring aircraft, developed by Bayrische Flugzeugwerke in the 1930s. The Bf 108 was of all-metal construction.Originally designated the M 37, the aircraft was designed as a four-seat sports/recreation aircraft for competition in the 4th Challenge International de Tourisme (1934). The M 37 prototype flew first in spring 1934, powered by a 247 hp Hirth HM 8U air-cooled engine, which drove a three-blade propeller.
Although it was outperformed by several other aircraft in the competition, the M 37’s overall performance marked it as a popular choice for record flights. Particular among these traits was its low fuel consumption rate, good handling, and superb takeoff and landing characteristics.
The Bf 108A first flew in 1934, followed by the Bf 108B in 1935. This revised version, built from late 1935. The prototype had a Siemens-Halske Sh 14A radial, but production machines used the the substantially larger, 12.67 litre displacement  237 hp Argus As 10C or the 266 hp Argus As 10E air-cooled inverted V8 engine.. A quadrant-shaped rather than rectangular rear window, tailwheel replacing skid, revision of shape of empennnage and removal of tailplane upper bracing was introduced.The Bf 108B used  The nickname Taifun (“typhoon”) was given to her own aircraft by Elly Beinhorn, a well-known German pilot, and was generally adopted.
Soon after the first production aircraft began to roll off the assembly line in Augsburg, several Bf 108s had set endurance records.
The Bf 108 was adopted into Luftwaffe service during World War II, where it was primarily used as a personal transport and liaison aicraft.
Production of the Bf 108 was transferred to occupied France during World War II and production continued after the war as the Nord 1000 Pingouin. In total 885 aircraft have been built (Ref.: 24).