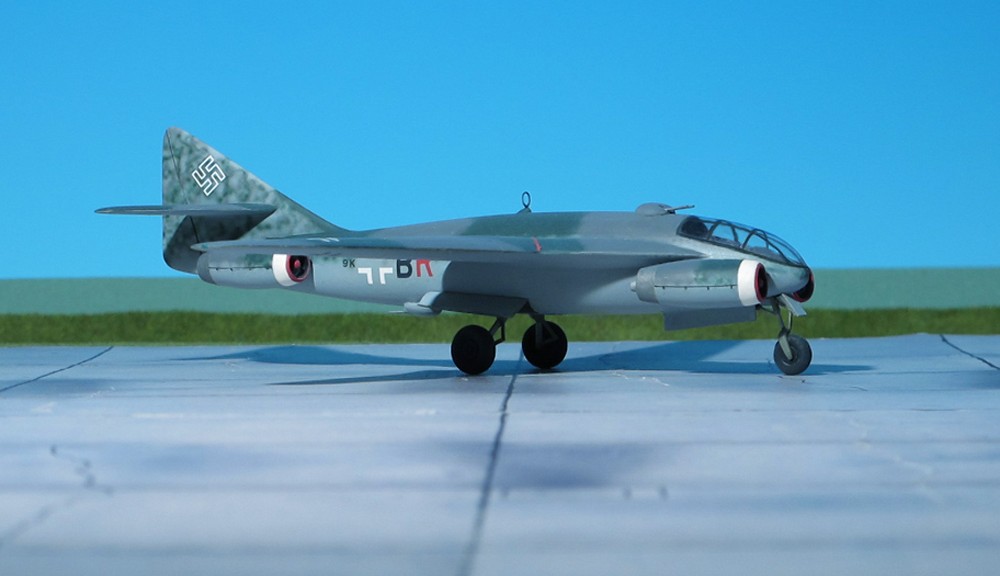 COMMENT: In 1944 the Heinkel-, Arado- and Messerschmitt Aircraft Companies proposed to the RLM designs of a medium bomber with high speed and high bomb load. Power units should be high performance piston engines, rated at 3,000 to 6,000 hp, turbojet engines with more than 2,500 kp thrust, or turboprops with more than 6,500 hp. In summary all designs were ahead of the times, including high-speed profiles, variable-sweep wings up to 60 degrees and high subsonic speed.
Messerschmitt proposed the project Me P.1101/101, a design out of a whole series of developments with the designation Me P.1101. It featured a long, tapered fuselage and was powered by four Heinkel-Hirth He S 109-011 turbo engines , two mounted below the nose and two at the tail. Armaments were to consist of four MK 108 30mm cannons in the nose plus remote-controlled turrets, and a bomb load of 3.000 kg. The designs most distinguishing features were its swing-wings, which would allow it to land on short runways while accelerating to near supersonic speeds during interception missions. However, like so many ambitious aircraft projects during this period, the Me.P.1101/101 never made it past the design stage. (Ref.:14)