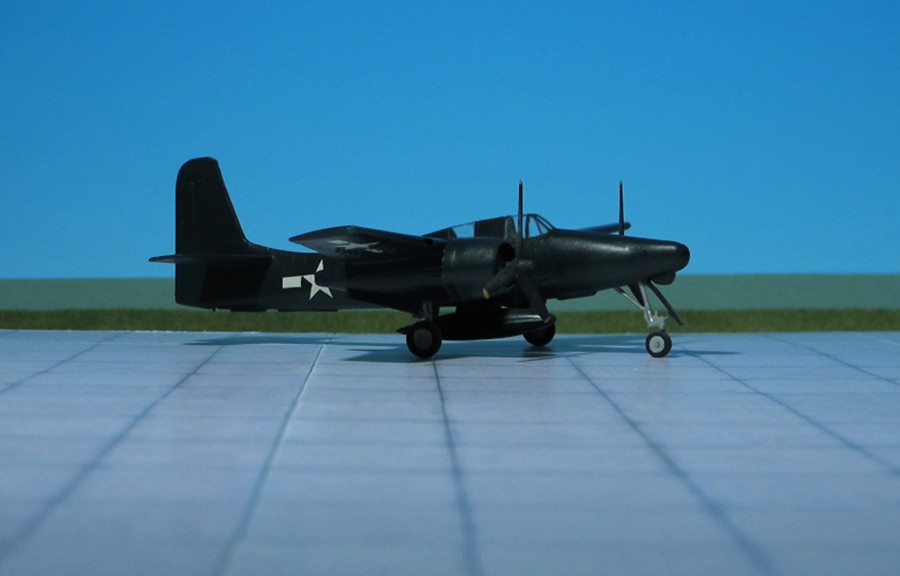 COMMENT: After 34 single-seat Grumman F7F-1 Tigercats had been delivered, production switched temporarily to a two-seat night-fighting version F7F-2N. A prototype XF7F-2N had been produced by modifying the third production F7F-1 to have a second seat behind the pilot, for the radar operator, and AN/APS-6 search radar, installed in the nose in place of the four machineguns. Grumman produced 65 F7F-2Ns between October 1944 and August 1945. Night landings were made aboard the USS Antietam as well as USS Shangri-La. The first unit to convert to the night-fighting Tigercat was VMF(N)-533, which after working-up in Texas arrived on Okinawa on 14 August 1945, the day before the Japanese surrender.
The Grumman F7F-3N Tigercat shown here was a post-war variant with R-2800-34Ws engines, SCR-720 radar in the nose and a larger fin. In total 60 F7F-3Ns were produced. (Ref. 10)