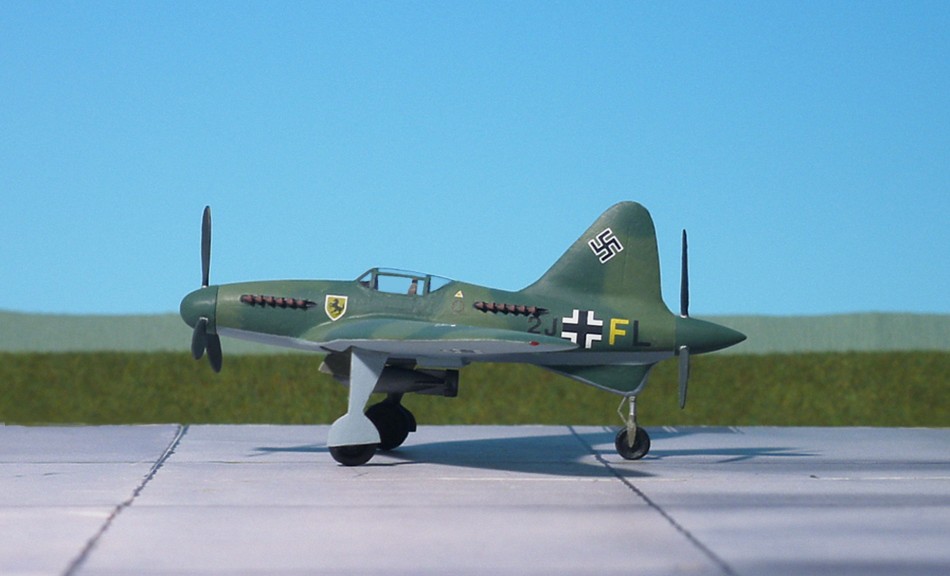 COMMENT: This design for a tailless high-speed bomber is dated November 25, 1942 and originates from Dipl.-Ing. Josef Hubert, head of Lippisch’s aerodynamics section in Department “L”, as part of Messerschmitt Company. Two Daimler-Benz DB 605B engines provided power. One was mounted conventionally in the front of the fuselage the other was placed in the rear and drove a propeller via a short extension shaft.  The wings were swept back at approximately 18 degrees and 38 degrees. Since this was a tailless design, there were no horizontal tail planes but a single fin and rudder was set at the rear and extended slightly below the fuselage.  The two main landing gear legs were mounted near the wing’s leading edge, and retracted towards the fuselage. A single tail wheel retracted forward into the fuselage. The pilot sat in a cockpit placed midway along the fuselage. No armament was to be fitted at this stage, as it was felt the aircraft’s speed would be sufficient to prevent interception. As there was no internal bomb bay, the bomb load had to be carried externally. Although calculations were promising, this project remained on the drawing board (Ref. 16).