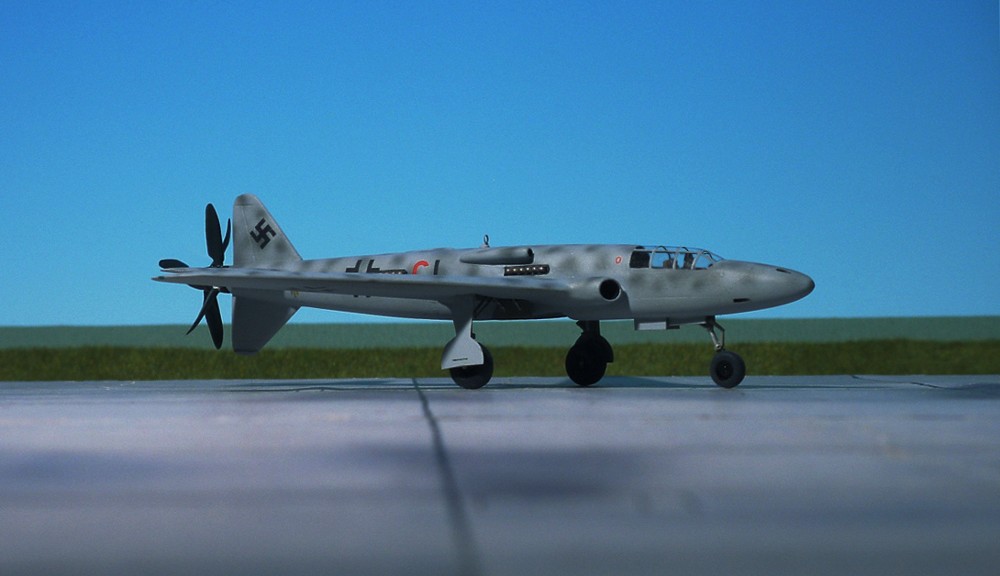 COMMENT: The Dornier Do P.252 project dates back to 1943 as replacement of the Do 335 “Pfeil” (Arrow).  In January 1945 the design, that based on the Dornier Do P.247/6 project,  was submitted for the optimum Luftwaffe night fighter contract specification. Three studies P.252/1, P.252/2, and P.252/3 were made from this design, all were very similar despite little differences in dimensions and wing plan forms (straight, 35 and 22.5 degree, respectively). Two Junkers Jumo 213J , rated at 1750 hp each were located in tandem within the fuselage and coupled to an extension shaft that drove two  contra-rotating three bladed propellers that featured a blade sweep of 50 degrees, a novelty at that time. The P.252/2 had a slightly elongated fuselage and room for a crew of three. The wings were swept back at 35 degrees. Although the Dornier Do P.252 promised an excellent performance, equivalent to upcoming turbojet powered aircraft the design was abandoned reluctantly.