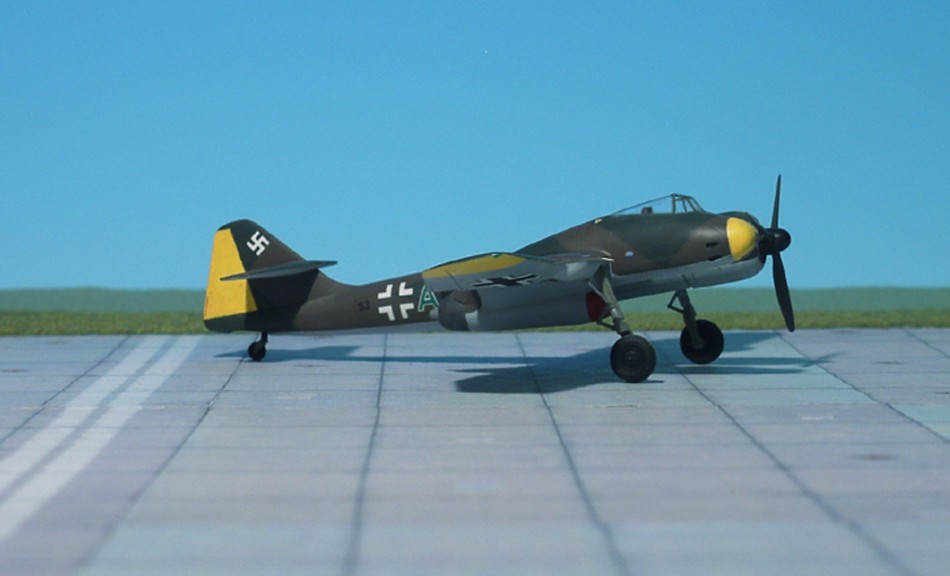 COMMENT: The Blohm & Voss Company had a great experience in designing asymmetrical aircraft as the Blohm  & Voss Bv 141,  Bv P.   176, Bv P.179, Bv P.204, and Bv P.237. In 1944 Blohm & Voss proposed new asymmetrical design to the RLM, which could be used as fighter, destroyer, dive bomber and reconnaissance, respectively. The design featured a mixed propulsion system with a piston engine in the main fuselage/ tail boom and a turbojet under a separated gondola that housed the cockpit.  The main advantage of that arrangement was an excellent and unobstructed view for the pilot and the reduction of torque moments along the vertical axis induced by the propeller of single engine aircraft. Several different designs were proposed, the Bv P.194.01-02, the Bv P.194.03-01, and the Bv P.194.00-101, changes regarding mainly in the layout of the turbojet engine. Due to the threatening defeat of Germany the Bv P.194 development was not pursued (Ref.: 16).