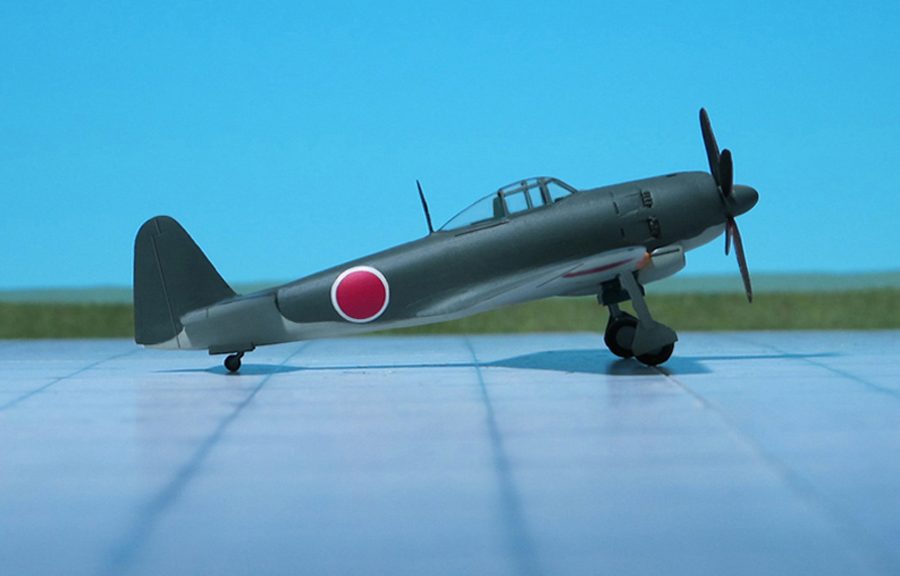 COMMENT: The Kawanishi J6K1 “Jinpu” was a purpose-built land based interceptor designed for the Imperial Japanese Navy Air Force, but that didn’t enter production because of the success of the same company’s Kawanishi N1K1-J “Shiden” (“Violet lightning”, Allied code “George”).
The J6K1 was developed from the Kawanishi J3K1 of 1942. This was to have been powered by the Mitsubishi MK9A radial engine, and would have been a fairly standard looking radial engined fighter, but it didn’t progress beyond the early design stage.
Work on the J6K1 began in 1943. This time the aircraft was to use the Nakajima “Homare” 42 engine, the design progressed far enough to receive a popular name, the “Jinpu” (Squall). The new interceptor would have been very heavily armed, with two 30mm cannon and two 13.2mm machine guns, and with a good top speed of 426mph. The J6K1 never entered production. Kawanishi had also produced the N1K1 Kyofu” (“Mighty wind, Allied code “Rex”) float plane fighter, which was followed by a normal landed based version, the Kawanishi N1K1 “Shiden”. This was then superseded by the N1K2-J “Shiden-Kai”, a smaller aircraft than the J6K, armed with four 20mm cannon and with sufficiently impressive performance to meet the Navy’s requirements. The N1K2-J was produced in large numbers, while the J6K1 was cancelled (Ref.: 24).