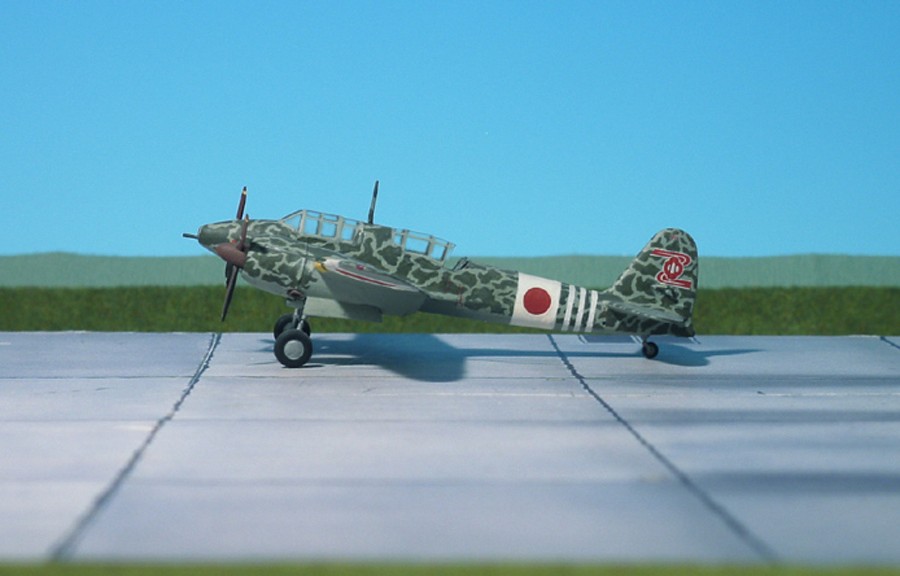 COMMENT: The Kawasaki Ki-45-Kai Toryu was probably the most manoeuvrable twin-engined fighter to be employed operationally by any combatants during WW II.  Although outclassed in the air-to-air combat arena by Allied single-seat fighters, the Toryu was never to be considered an “easy kill” and it was to prove capable of out-manoeuvring the Lockheed P-38 “Lightning” without difficulty. Furthermore, the Ki-45 was very effective in ground attacks. A special version, the Ki-45-KAI-Otsu, was equipped with 20-mm Ho-3 cannon, too low-firing in air combat, but, as the Imperial Army enjoyed air superiority over the areas in which the Toryu was operating, it was found to be particularly efficacious in attacks on US Navy PT boats and other smaller vessels and in ground-attack role. In late 1943 the 20-mm Ho-3 cannon was replaced by a hand loaded 37-mm Type 98 gun, making this variant even more successful for close-support duties (Ref.: 5).