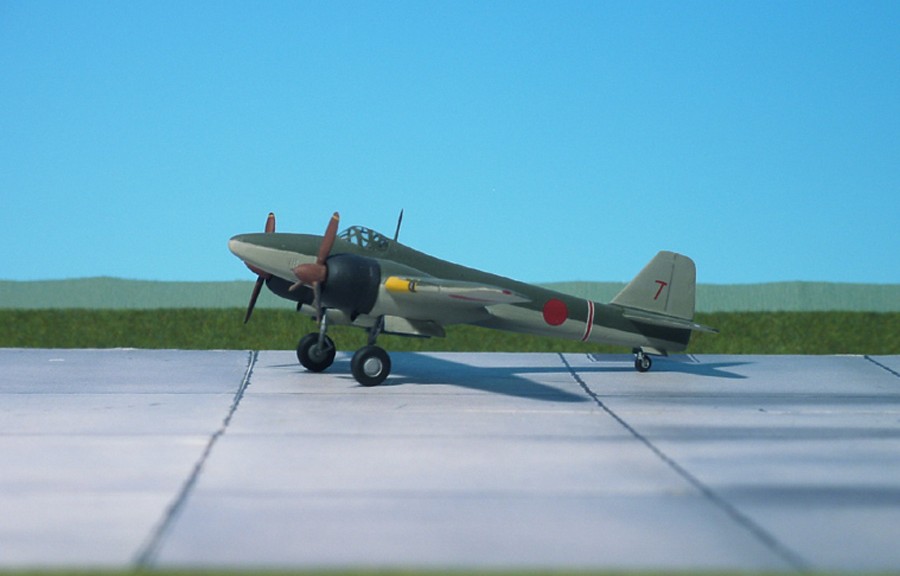 COMMENT: In early 1943 intelligence reports concerning progress in the USA with the B-29 Superfortress recognized the Imperial Army Air Service that itself might eventually find confronted by bombers cruising above the effective combat ceiling of its existing fighters. So a requirement was prepared for a specialized heavy interceptor fighter capable of operating at extreme altitudes. Kawasaki proposed a derivative of its Ki-102, work on which just had commenced, featuring a pressure cabin for the pilot. As work proceeded the project was assigned the designation Ki-108. Two prototypes were ordered and flight trials began in mid 1944. Concerning the pressure cabin, it was calculated than an equivalent pressure of 9,845 ft could be maintained up to an altitude of 32,810 ft, but there were serious misgivings concerning the vulnerability of such a cabin to battle damage. These were answered in somewhat unexpected fashion, for, during early flight tests, an insecure lock resulted in the entry hatch blowing out at an altitude of some 33,000 ft with an immediate loss of pressure in consequence. The pilot immediately dived the aircraft and landed safely, indicating that the effect of a bullet penetration the pressure cabin would not be particularly hazardous. Further modifications resulted in the Kawasaki Ki-108-KAI (Ref.: 5).