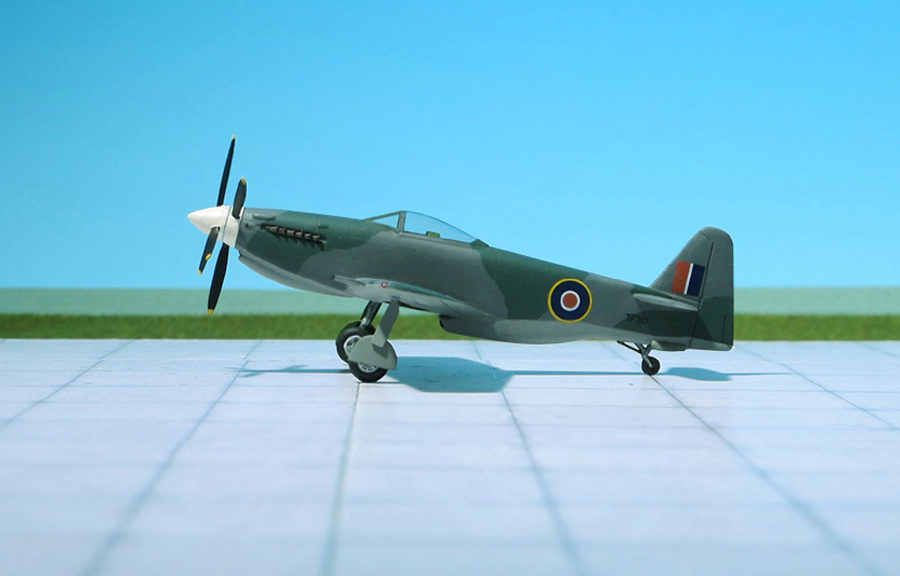 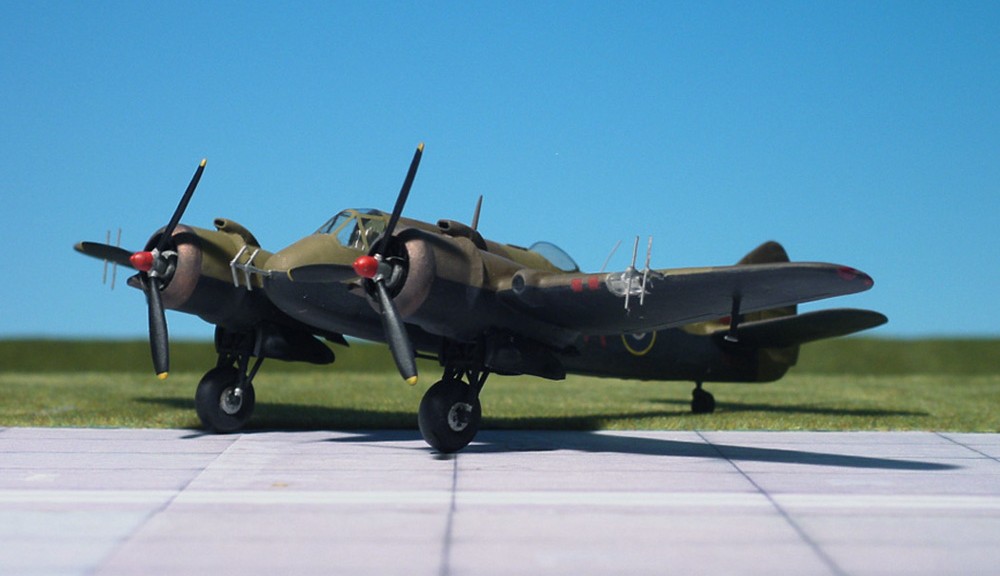 COMMENT: In the late 30’s the British Air Ministry placed an order to the Bristol Aeroplane Company to develop a long-range heavy fighter, parallel to the Westland “Whirlwind” cannon armed twin-engine fighter. The company proposed a design on the basis of the  earlier Bristol “Beaufort”torpedo bomber.  First production models of the “Beaufighter”were night fighters, followed by fighter bombers and later as a torpedo bombers. This aircraft shown here is a night fighter variant “Beaufighter”Mk VIF, equipped with an A.I. Mk. IV radar.