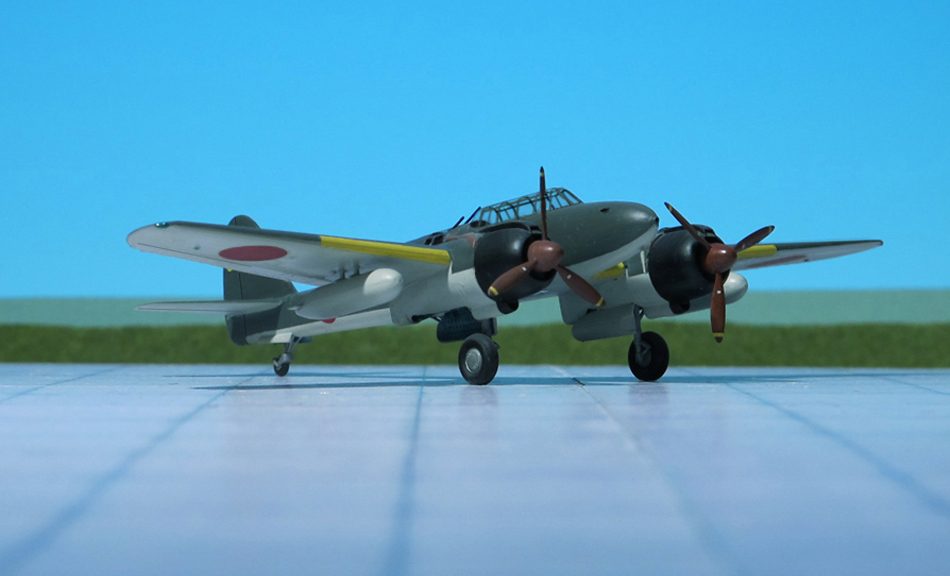 COMMENT: The Nakajima J1N1 “Gekko” (“Moonlight”) was a twin-engine aircraft used by the Japanese Imperial Navy during WW II and was used  for reconnaissance, night fighter and “Kamikaze” missions. The first flight took place in May 1941. It was given the Allied reporting name “Irving”, since the earlier reconnaissance version the Nakajima J1N1, was mistaken for a fighter.
In mid-1938 the Japanese Imperial Navy requested a twin-engine fighter designed to escort the principal bomber used at the time, Mitsubishi G3M “Nell”. The operating range of the standard Navy fighter, the Mitsubishi A5M “Claude”, was only 750 m), insufficient compared with the 2,730 mi of the G3M. Moreover, at the time, the potential of the Mitsubishi A6M “Zero”, then still under development, remained to be evaluated, stressing the need for a long-range escort fighter, much as the German Luftwaffe had done with the Messerschmitt Bf (Me) 110 “Zerstörer” (“Destroyer”), introduced the year before.
In March 1939, Mitsubishi and Nakajima began the development of a project 13-Shi. The prototype left the factory in March 1941 equipped with two 1,130 hp Nakajima Sakae 21/22, radial engines. There was a crew of three, and the aircraft was armed with a 20 mm Type 99 cannon and six 7.7 mm Type 97 machine guns. Four of these machine guns were mounted in two rear-mounted powered turrets, the weight of which reduced the performance of the aircraft considerably. Because of the sluggish handling, being used as an escort fighter had to be abandoned. Instead, production was authorized for a lighter reconnaissance variant, the J1N1-C, also known by the Navy designation Navy Type 2 Reconnaissance Plane. One early variant, the J1N1-F, had a spherical turret with one 20 mm Type 99 Model 2 cannon mounted immediately behind the pilot.
In early 1943, Commander Y. Kozono of the 251st Kokutai in Rabaul came up with the idea of installing 20 mm cannons, firing upwards at a 30 degree angle in the fuselage. Against orders of central command, which was skeptical of his idea, he tested his idea on a J1N1-C as a night fighter. The field-modified J1N1-C KAI shot down two Boeing B-17s “Flying Fortress” of 43rd Bomb Group attacking air bases around Rabaul on 21 May 1943.
The Navy took immediate notice and placed orders with Nakajima for the newly designated J1N1-S night fighter design. This model was christened the Model 11 “Gekko” (“Moonlight”). It had a crew of two, eliminating the navigator position. Like the J1N1 KAI, it had twin 20 mm Type 99 Model 1 cannon firing upward in a 30° upward angle, but added a second pair firing downward at a forward 30° angle, allowing attacks from above or below. This arrangement was effective against B-17 “Flying Fortress” bombers and Consolidated B-24 “Liberators”, which usually had Sperry ball turrets for ventral defense. The “Gekko’s” existence was not quickly understood by the Allies, who assumed the Japanese did not have the technology for night fighter designs. Early versions had nose searchlights in place of radar. Later models, the J1N1-Sa Model 11a, omitted the two downward-firing guns and added another 20 mm cannon to face upward as with the other two. Other variants without nose antennae or searchlight added a 20 mm cannon to the nose. Many “Gekkos” were also shot down or destroyed on the ground. A number of “Gekkos” were relegated to Kamikaze attacks, using 250 kg bombs attached to the wings. A total of 479 Nakajima J1N1 “Gekkos” were built before the war in the Pacific area was ended (Ref.: 24). 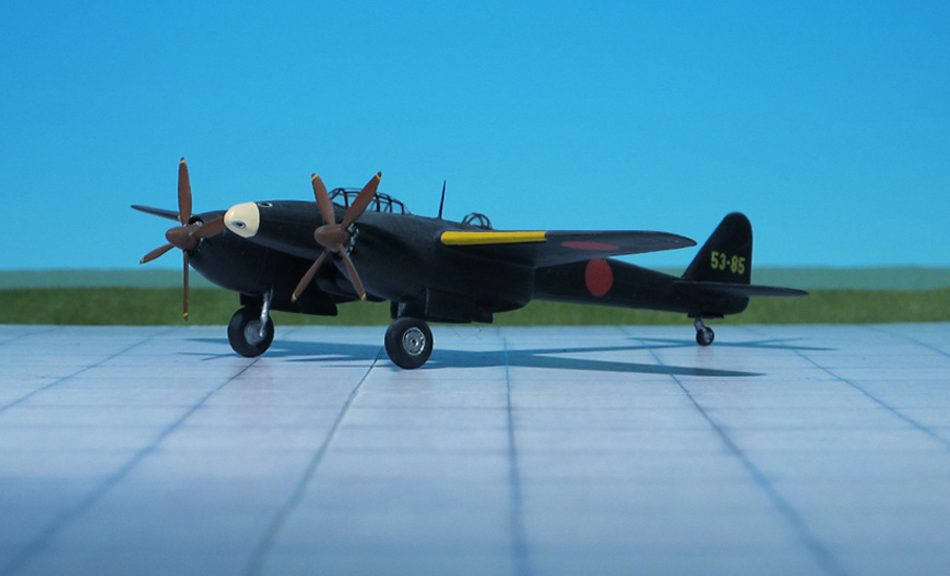 COMMENT: The Aichi S1A “Denko” (“Bolt of Light”) was a Japanese night fighter, intended to replace the Nakajima J1N1-S “Gekko” (“Moonlight”, Allied code name “Irving”). It was to be, like the “Gekko”, equipped with radar to counter the B-29 air raids over the Japan. Development time increased while trying to overcome design shortcomings, such as the insufficient power of the Navy’s requested Nakajima “Homare” engines, resulting in no aircraft being completed before the war ended.
Because it was full of special equipment the “Denko’s” service weight exceeded ten thousand kilograms. Some of this specialized equipment included oxygen injection but the turbocharger’s remote location from the engine caused many problems. Because the initial prototypes’ engines did not pass Navy standards only two were ever manufactured. Two more had been planned before cancellation that would have used the more powerful Mitsubishi HI MK9A Ru or MK10A Ru engines.
Additionally, Tonokai earthquake occurred in December 1944 and the aircraft factories and prototypes were badly damaged. On 1945 June 9 the airstrikes on Aichi Kokuki KK and Aichi Tokei Denki Seizo Co, Ltd blew up the first prototype and forced movement of the second to the Gifu large Sadakazu factory to be assembled. But on July 9 of that year another airstrike destroyed the second prototype. At that time Aichi S1A “Denko” was the most massive fighter developed in Japan’s naval history (Ref.: 24).