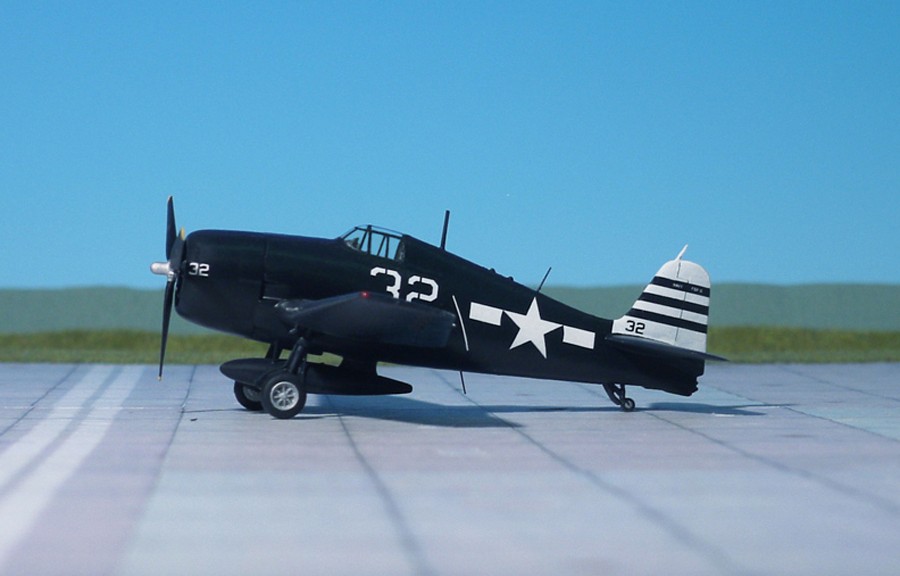 COMMENT: In Mid 1944 an improved and refined version of the famous Grumman F6F-3, the Grumman F6F-5 “Hellcat” rolled out of a brand new factory, especially built for this reason. The Pratt & Whitney engine with water injection was retained, but the cowling was modified and the windshield was improved. Provision was made for 2,000 lb of bombs under the center section and six rockets under the outer wing. Production of this version totalled 6,681 aircraft plus 1,189 F6F-5N’s night fighter with APS-6 radar in the pod of the starboard wing. The aircraft shown here was on board of USS CV-15 “Randolph” in March 1945 (Ref.: 22)