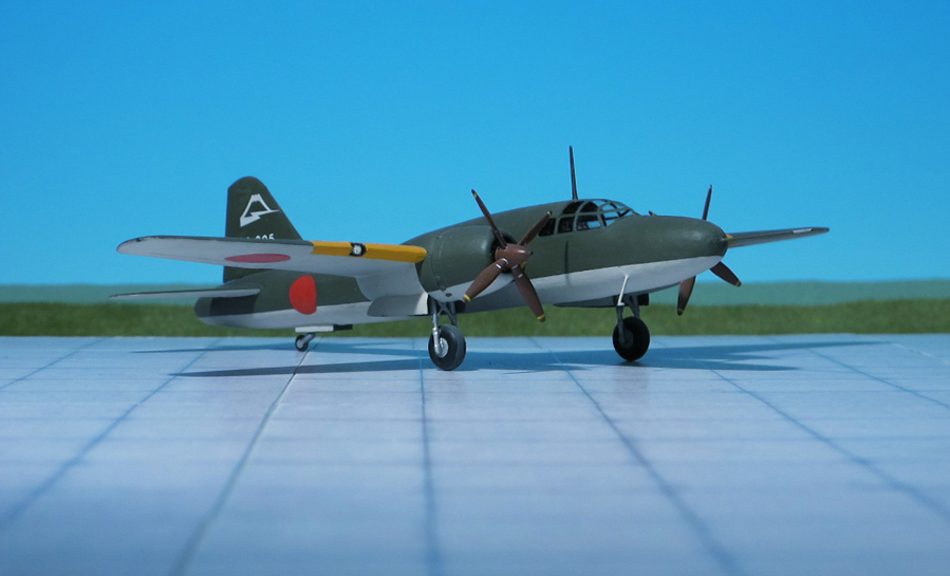 COMMENT: The desperate situation of Japan in the last stages of World War II led the authorities of both the Japanese IAAF as well as INAF to unorthodox proposals. Not only ageing but also brand new aircraft were used for suicide (kamikaze) missions, So Mitsubishi proposed a special attack version of its Mitsubishi Ki-67 “Hiryu”(“Flying Dragon”, Allied code “Peggy”) bomber. As Ki-67 KAI or Sakura-dan models the aircraft were modified by Tachikawa Dai-Ichi Rikugun Kokusho for this new role. All turrets were removed and faired over and the crew reduced to three. A long rod projecting from the nose should trigger to explode on impact either two standard 800 kg bombs or a special charge of explosives weighting 2,900 kg. Only one aircraft was ready when Japan surrendered (Ref.: 1). 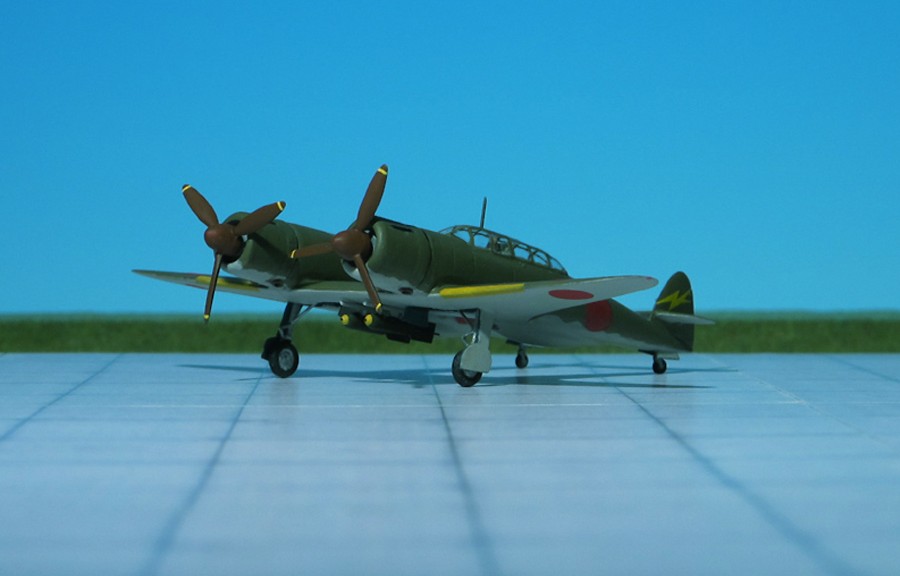