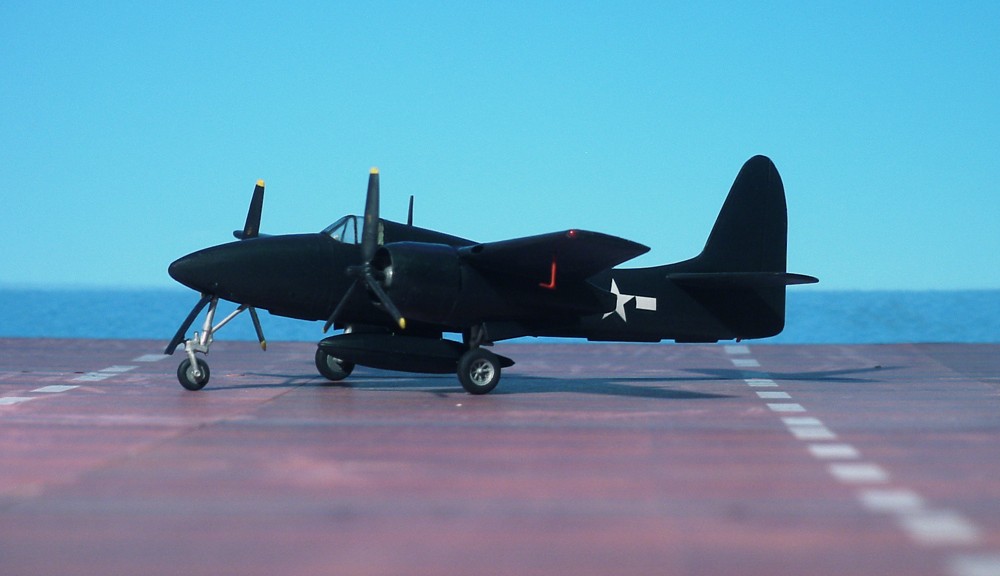 COMMENT: In mid 1938, the US Navy had ordered a prototype twin-engine fighter from the Grumman Company and, by middle of 1941, preliminary flight-test data for this aircraft, the XF5F-1 (Grumman G-45) was available. Although the XF5F-1 suffered a number of shortcomings, it provided a useful basis for the development of a larger twin-engine fighter. Ordered in June 1941 and designated XF7F-1 this new fighter was intended to be operated from the forthcoming 45,000 ton carriers of the USS Midway class. It was the Navy’s first twin built in production quantities, and the first carrier-based fighter to operate with a tricycle undercarriage. Although classified as a fighter the aircraft was designed to operate in a ground-support role, for which it was heavily armed. In early 1944 an order for 500 Tigercats was given and deliveries began in April 1944. Operational problems and changing requirement let to restriction in the production program. After 34 F7F-1 had been delivered production switched to 189 F7F-3s, similar to the single-seat model but with more powerful R-2800-34W engines. Including two-seated night-fighter variants , the Grumman F7F-3N Tigercat, production totaled 250 aircraft. Too late for operational service in WW II, the Tigercat served with a few Marine squadrons after the war but was soon displaced by the advent of jet-powered aircraft. (Ref. 18)