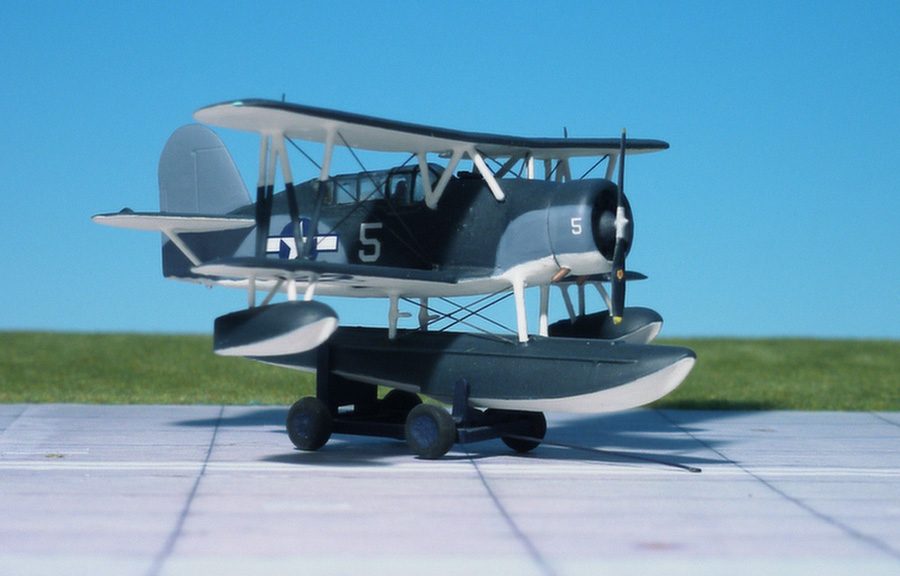 COMMENT: The Curtiss SOC “Seagull” was an American single-engine scout observation biplane aircraft, designed by the Curtiss-Wright Corporation for the US Navy. The aircraft served on battleships and cruisers in a seaplane configuration, being launched by catapult and recovered from a sea landing. The wings folded back against the fuselage for storage aboard ship. When based ashore or on carriers the single float was replaced by fixed wheeled landing gear.
The SOC was ordered for production by the US Navy in 1933 and first entered service in 1935. The first order was for 135 SOC-1 models, which was followed by 40 SOC-2 models for landing operations and 83 SOC-3s. A variant of the SOC-3 was built by the Naval Aircraft Factory and was known as the SON-1
By 1941, most battleships had transitioned to the Vought OS2U “Kingfisher” and cruisers were expected to replace their aging SOCs with the third generation Curtiss SO3C “Seamew”. The SO3C, however, suffered from a weak engine and plans to adopt it as a replacement were scrapped. The SOC, despite belonging to an earlier generation, went on to execute its missions of gunfire observation and limited range scouting missions.
The SOC was not called the “Seagull” until 1941, when the U.S. Navy began the wholesale adoption of popular names for aircraft in addition to their alpha-numeric designations.
When operating as a seaplane, returning SOCs would land on the relatively smooth ocean surface created on the sheltered side of the vessel as it made a wide turn, after which the aircraft would be winched back onto the deck.
When the SOC was replaced by the OS2U “Kingfisher”, most remaining airframes were converted into trainers; they remained in use until 1945. With the failure of the Curtiss SO3C “Seamew”, many SOCs in second line service were returned to frontline units starting in late 1943. They saw service aboard warships in the combat zone for the rest of World War II. This is one of the few instances in aviation history in which an older aircraft type, that was retired or sent to second line service, replaced the new aircraft type that was intended to replace it (Ref.: 24).