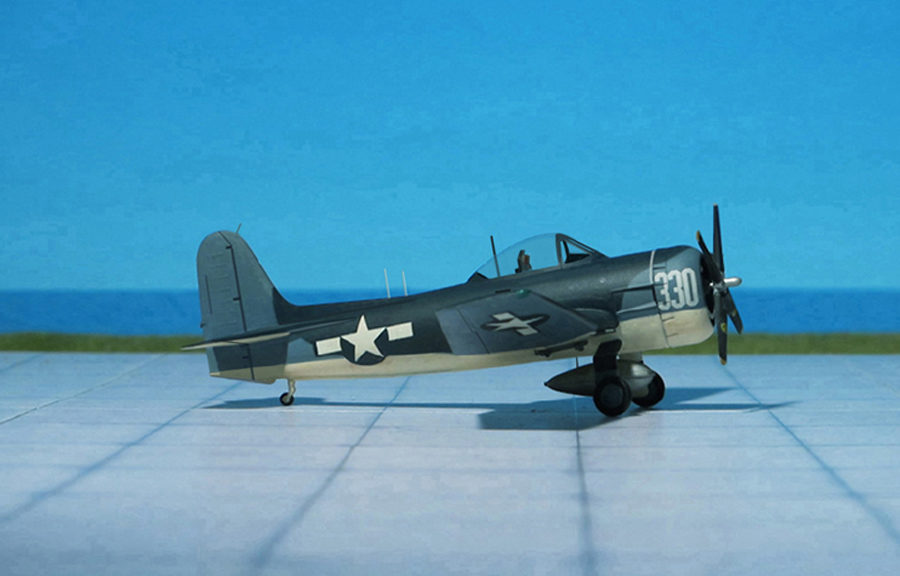 ACCOMMODATION: Pilot only, plus one passenger

COMMENT: Last of a long line of US Navy scouting airplanes designed to serve aboard battleships as well as carriers and from land bases, the Curtis SC-1 Seahawk originated to a specification issued to industry in June 1942. The requirement was for a convertible land or floatplane with a much improved performance over the observation/scouts then in service and with provision for catapult launching.
The Curtiss design proposal in response to the specification was quickly adopted by the Navy, which issued a letter of intent on October,1942 and a contract for two prototypes on March 1943, with the designation XSC-1. A production order for 500 SC-1 followed on June 1943, and the first XSC-1 made its first flight on February 1944. Flight testing continued through April, when the last of the seven pre-production aircraft took to the air.
The first serial production “Seahawks” were delivered on October 1944, to the USS CB-2 Guam, an Alaska-class large cruiser.  She carried four Seahawk floatplanes, housed in two hangars with a pair of aircraft catapults mounted amidships.
All 577 Seahawk aircraft eventually produced for the Navy were delivered on conventional landing gear and flown to the appropriate Naval Air Station, where floats were fitted for service as needed.
Nine further prototypes were later built as Curtis SC-2 Seahawk, with a more powerful engine, a modified cockpit with a blown canopy, a second seat in the fuselage below the pilot with two little windows on both sides and a redesigned tail plane to improve stability.
Series production was not undertaken because by the end of the war, seaplanes were becoming less desirable, being replaced soon afterward by helicopters (Ref.: 24).