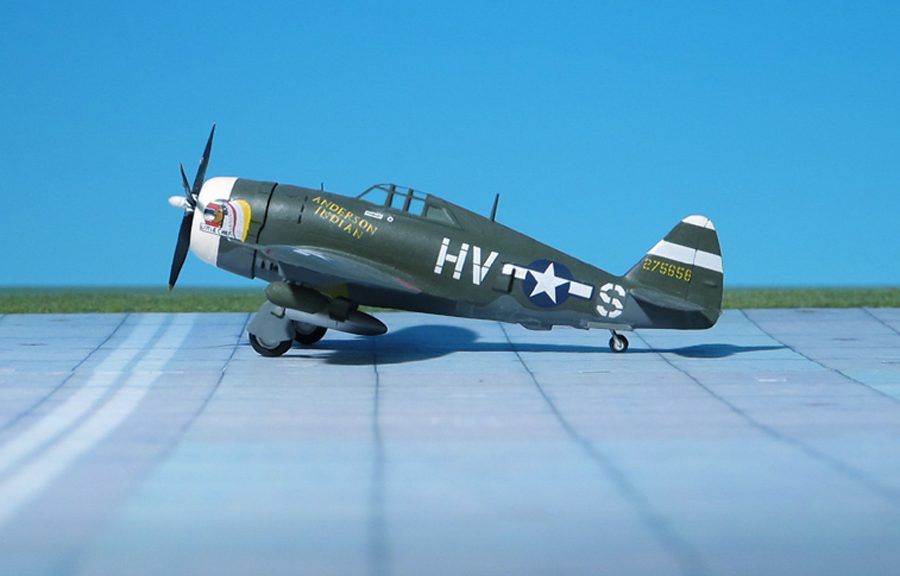 COMMENT: The Republic P-47 D ‘Thunderbolt’ differed little from its predecessor P-47 C apart from changes in the turbo-supercharger exhaust system, water injection as standard for the R-2800-21 engine, and some minor changes. The P-47 D was the first version of the ‘Thunderbolt’ to serve with the USAAF in the pacific theatre. Towards the end of 1943, 8th Air Force ‘Thunderbolts’ began returning from escort missions “on the deck”, strafing targets of opportunity with their unused ammunition, and their success was partly responsible for the adaptation of the ‘Thunderbolt’ for what was  to become its most successful role – that of a fighter-bomber. More than 5,800 P-47D ‘Thunderbolts’ are built, all possessed the original framed sliding canopy introduced on the initial production B-model. Later versions were equipped with an all-round vision bubble-type cockpit canopy (Ref.: 24)