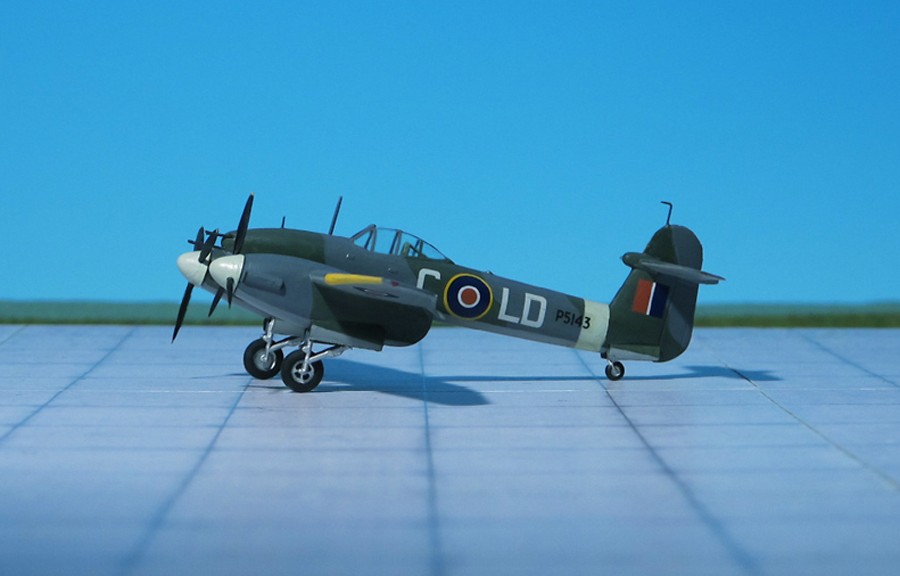 COMMENT: The Westland “Whirlwind” was a British twin-engine heavy fighter developed by Westland Aircraft.. A contemporary of the Supermarine “Spitfire” and Hawker “Hurricane”, it was the Royal Air Force’s first single-seat, twin-engine, cannon-armed fighter. When it first flew in 1938, the “Whirlwind” was one of the fastest and most heavily-armed combat aircraft in the world. Protracted development problems with its Rolls-Royce “Peregrine” engines delayed the project and only a relatively small number of “Whirlwinds”, in total 116 aircraft, were built. During the Second World War, only three RAF squadrons were equipped with the Whirlwind, and despite its successful use as a fighter and ground-attack aircraft it was withdrawn from service in 1943. At least 67 Mk.I fighters were converted into Mk.II aircraft, nicknamed “Whirlibombers”. Lessons learned from the “Whirlwind” influenced the development of the high altitude fighter Westland “Welkin” (Ref.: 23).