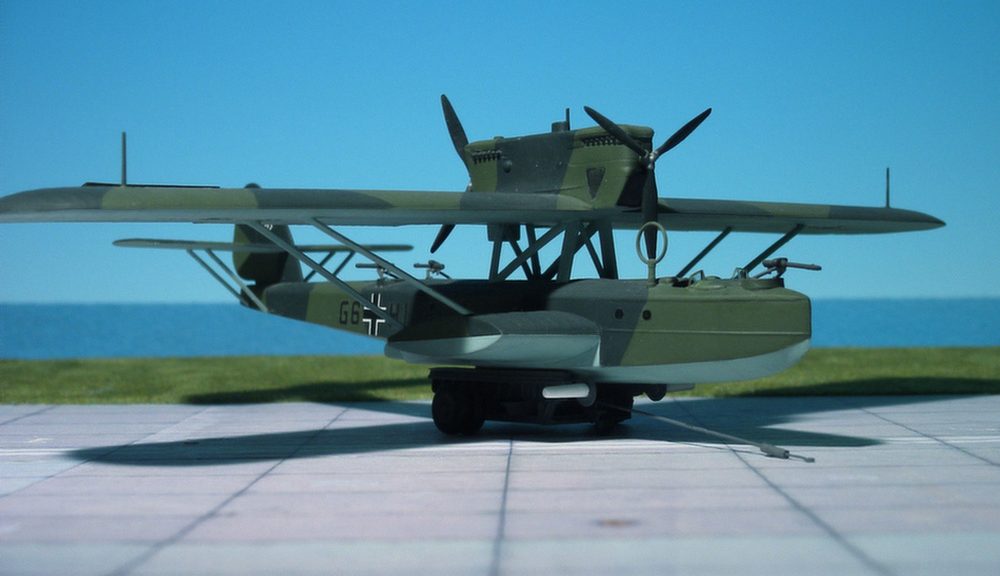 ACCOMMODATION: Crew of two to four plus 8-10 passengers or equivalent freight

COMMENT: The Dornier Do J “Wal” (“Whale”) was a twin-engine German flying boat of the 1920s designed by Dornier Flugzeugwerke. The Do J had a high-mounted strut-braced monoplane wing with two piston engines mounted in tandem in a central nacelle above the wing; one engine drove a tractor and the other drove a pusher propeller. The hull made use of Claudius Dornier’s patented sponsons on the hull’s sides.
The Do J made its maiden flight on November, 1922. The flight, as well as most production until 1932, took place in Italy because of the restrictions on aviation in Germany after World War I under the terms of Treaty of Versailles. Dornier began to produce the “Wal” in Germany in 1931; production went on until 1936. The Dornier J I and its  variant J II “Wal” were some of the most famous flying boats of the periods between the world wars.
A military version was the Dornier Do J II d and was in service with the German Luftwaffe as Dornier Do 16 “Militärwal” (“Military Whale”) according to the aircraft designation system of 1934 by the ReichsLuftsfahrtMinisterium (Reich Air Ministry, RLM). It was used as a reconnaissance and transport aircraft. A crew of two to four rode in an open cockpit close to the nose of the hull. There was one machine gun position in the bow in front of the cockpit and one or two amidships.  Some 30 Dornier Do 16 “Militärwal” being delivered for the Luftwaffe in 1935. Eventually these were replaced by the Dornier Do 18 and the “Militärwal” was relegated to training roles.

Note: In many publications the Dornier J II d “Military Whale” is cited as Dornier Do 15. So done on my website, too, (but now corrected). The proper designation is Dornier Do 16 (Ref. 24).