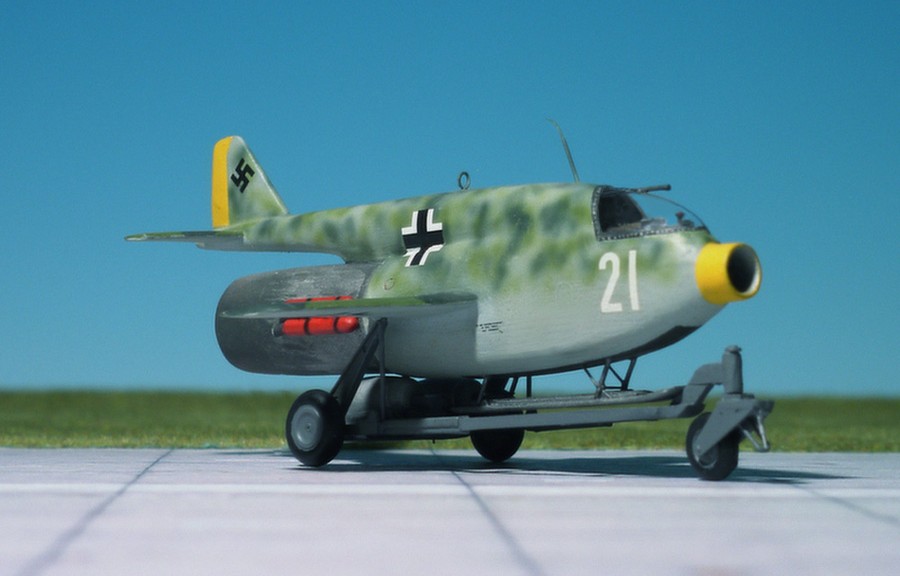 ACCOMMODATION:Pilot only, in prone position

COMMENT: Škoda-Kauba Sk P.14-01 was a ramjet-powered fighter project for the Luftwaffe. It was designed by Eugen Sänger and a team of 80 Czech and 40 German engineers of the Škoda-Kauba industries in the occupied Czech Republic towards the end of WWII. The ramjet had a diameter of 1.5 m and a length of 9.5 m, the massive engine and its tubular air-intake duct formed most of the fuselage structure. The aircraft was flown by a pilot in prone position. For take-off the aircraft was hoisted on a three-wheel trolley and in order to bring the ramjet to a speed where it would work, the trolley was accelerated by means of by two Walter HKW 109-500, rated at 500 kp each.  Additional four Schmidding 109-533 solid fuel rockets could be attached to the aircraft with 1,000 kp thrust each for 12 seconds. The aircraft was landed on a retractable skid. The ramjet was fed by carbon dust or heavy oil. (Ref.: 20)