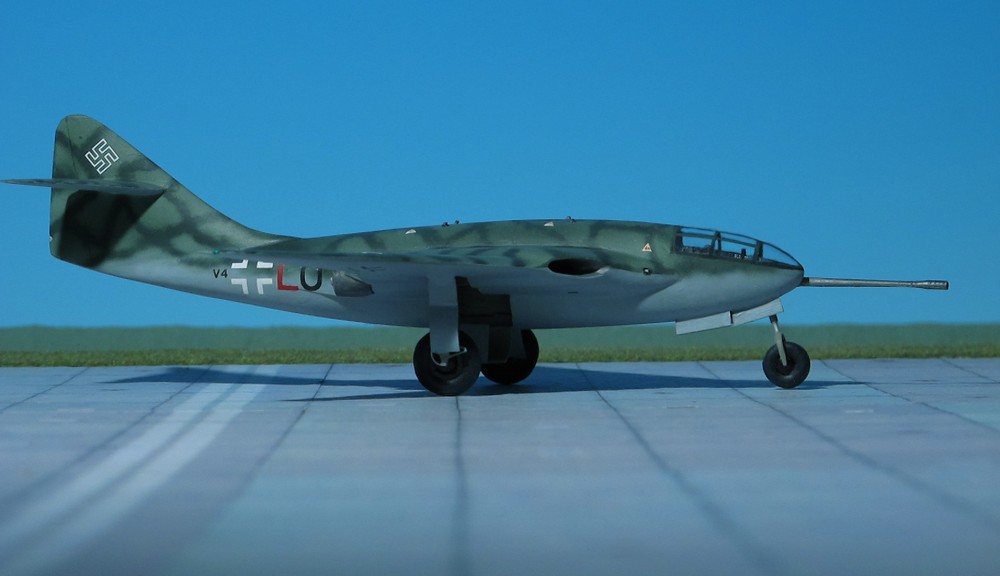 COMMENT: The design of another Messerschmitt P.1101 project series, the P.1101/99, dates back to mid 1944. The wings were swept back at 45 degrees, with four Heinkel-Hirth He S 011 turbojets, were buried in the thickened wing roots. Each pair of turbojets was fed by an air intake in the leading edge of the wing. The main landing gear retracted inwards into the fuselage, and the front gear retracted backwards beneath the cockpit. A two man crew sat staggered side-by-side in the cockpit, which was located in the extreme nose of the aircraft. Armament consisted of one 75 mm PaK 40 cannon (PanzerabwehrKanone, anti-tank gun) in the nose and five MK 112 55mm machine cannon, one in the right wing root, four in the center fuselage firing obliquely upwards (Schräge Musik, Oblique or Jazz Music). It was expected that the prototype would be in the air by 1948.  Because of the worsening war situation in Germany, the design did not progress past the drawing board (Ref.: 16).