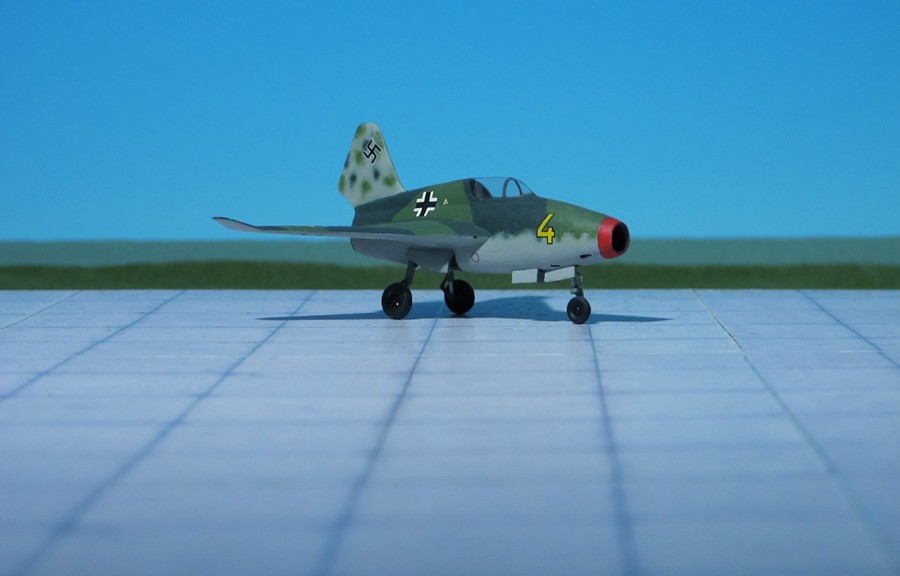 COMMENT: Henschel submitted this design Hs P.135 in autumn 1944 to the OKL (Oberkommando der Luftwaffe, Luftwaffe high-command) based on specification for a single-seat fighter to be powered by a HeS 011 turbojet. This aircraft design was intended to achieve better high speed performance through the reduction of air resistance. The aircraft was tailless and featured an innovative wing design, a compound swept back wing with different angle of sweep: inner wing 42, mid-wing 38, and again positive about 15 degree for the outer wing. This had the effect of reducing turbulent flow by spreading out the compression effect along the length of the wing as Mach speed was approached, enabling the aircraft to carry more weight at higher speed. The wing was thus thicker in both height and width, as well as heavier, which made the aircraft more structurally strong without adversely affecting performance. The cockpit was relative high positioned, the pilot sat on an ejection seat which was in normal position during cruise flight and could be tilted back during aerial combat. The design was considered as “Zweitlösung” (second solution), while an “Optimallösung” (optimal solution) was expected from Messerschmitt( Me P.1101) (Ref.: 16, 21).