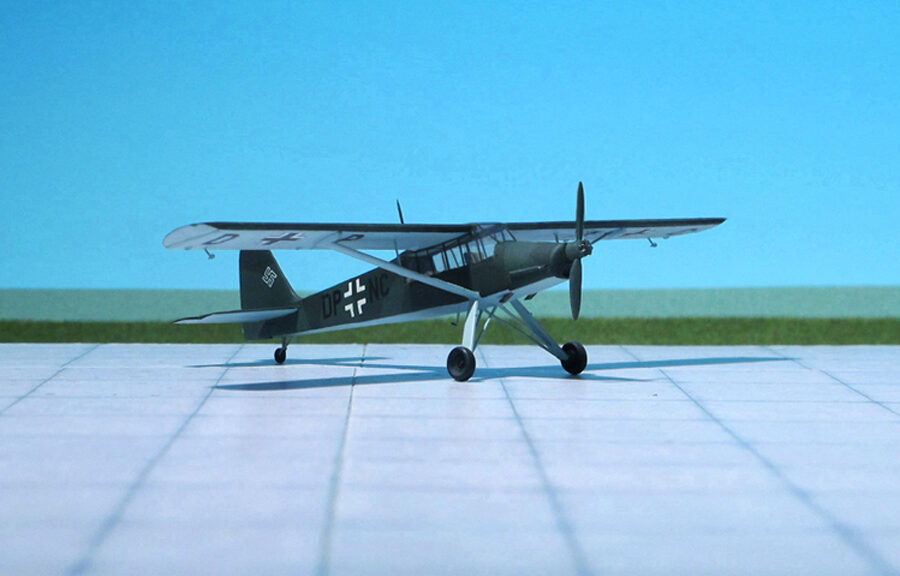 COMMENT: The Fieseler Fi 256 was a multipurpose aircraft designed for the German Luftwaffe to replace the extraordinary successfull Fieseler Fi 156 Storch (Stork).
Aerodynamically cleaner, with automatic slats and a more spacious cabin for four passengers, the Fi 256 was supposed to enter the Luftwaffe, replacing its previous sibling. Although the new Super-Storch repeated the layout of the previous model, it was a completely new aircraft with non-interchangeable components in its design.
The first flight of the prototype took place on July 9, 1941, but one of its next flights ended in an accident, which forced the developers to make significant changes in the aircraft design. After the alteration, a pre-production batch of 13 aircraft was ordered, of which six were to be produced by Fieseler, and the rest by Schwade in Erfurt (in France, not a single aircraft was built at Morane-Saulnier). Serial production was planned for 1943, however, only two prototypes and at least 14 aircraft were completed. Production was ceased due to the high priority of the Jägernotprogramm (Ref.: 24).