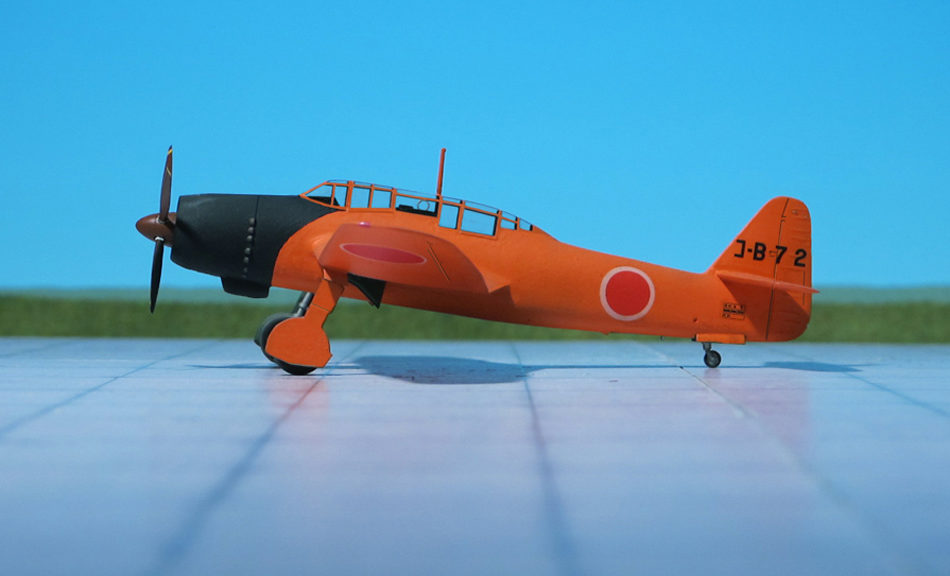 COMMENT: The Aichi B7A “Ryusei” (“Shooting Star”, Allied reporting name “Grace”) was a large and powerful carrier-borne torpedo-dive bomber produced by Aichi Kokuki KK for the Imperial Japanese Navy Air Service during the Second World War. Built in only small numbers and deprived of the aircraft carriers it was intended to operate from, the type had little chance to distinguish itself in combat before the war ended in August 1945.
The B7A “Ryusei” (originally designated AM-23 by Aichi) was designed in response to a 1941 16-Shi requirement issued by the Imperial Japanese Navy Air Service for a carrier attack bomber that would replace both the Nakajima B6N “Tenzan” torpedo plane and the Yokosuka D4Y “Suisei” dive bomber in IJN service. It was intended for use aboard a new generation of “Taihō”-class aircraft carriers, the first of which was laid down in July 1941. Because the deck elevators on the “Taihōs” had a larger square area than those of older Japanese carriers, the longstanding maximum limit of 11 m (36 ft) on carrier aircraft length could now be lifted.
The Aichi’s designers chose a mid-wing arrangement for the B7A to provide for an internal bomb-bay and to ensure enough clearance for the plane’s 3.5 m four-bladed propeller. This in turn necessitated the adoption of an inverted gull wing, reminiscent of the Vought F4U “Corsair”, in order to shorten the length of the main landing gear. The wing featured extendable ailerons with a ten-degree range of deflection, enabling them to act as auxiliary flaps. Dive brakes were fitted underneath just outboard of the fuselage. The B7A’s outer wing panels were designed to fold upwards hydraulically for carrier stowage, reducing its overall span from 14.4 m to approximately 7.9 m.
Selection of a power plant was dictated by the Japanese Navy which requested that Aichi design the aircraft around the 1,825 hp Nakajima NK9C “Homare 12” 18-cylinder two-row air-cooled radial engine. This was expected to become the Navy’s standard aircraft engine in the 1,800 hp to 2,200 hp range.  The B7A had a weight-carrying capacity stemming from its requirements, resulting in a weapons load no greater than its predecessors. The presence of an internal bomb bay with two high-load-capability attachment points allowed the aircraft to carry two 250 kg or six 60 kg bombs. Alternatively, it could carry a single externally mounted Type 91 torpedo, weighing up to 848 kg.
Defensive armament initially consisted of two 20mm Type 99 Model 2 cannons in the wing roots and one flexible 7.92mm Type 1 machine-gun mounted in the rear cockpit. Later production models of the B7A2 featured a 13mm Type 2 machine-gun in place of the 7.92mm gun.
Despite the plane’s weight and size, it displayed fighter-like handling and performance, besting the version of the Mitsubishi A6M “Zero” in service at the time. It was fast and highly maneuverable.
Given the codename “Grace” by the Allies, the B7A1 first flew as a prototype in May 1942, but teething problems with the experimental NK9C “Homare” engine and necessary modifications to the airframe meant that the type did not enter into production until two years later in May 1944. Nine prototype B7A1s (the second prototype is shown here)  were built and were progressively modified to eradicate minor airframe and equipment problems.
In April 1944 an improved engine version, the 1,825 hp “Homare 12”, became available and powered by this engine the aircraft was finally placed in production as the Aichi B7A2 “Ryusei” (Ref.: 24).