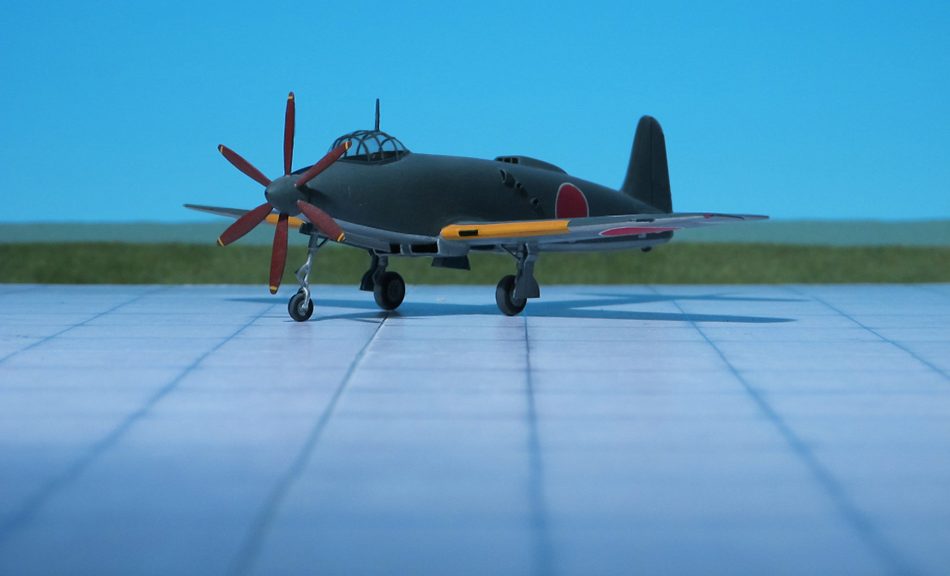 COMMENT: In 1942 the Japanese Navy initiated the development of a new class of aircraft to fulfil the role as long-range high-speed land-based reconnaissance aircraft. The first projected aircraft was planned around the new 2,500 hp twenty-four cylinder, liquid-cooled engine then under development by Mitsubishi. But in 1943, inspired by evaluation of the Heinkel He 119 V4 acquired from Germany that was powered by two coupled engines buried in the fuselage behind the cockpit the design was changed again. Now the Aichi Ha-70 twin-coupled “Atsuta “30 was installed in the fuselage driving a single six-bladed tractor propeller via an extension shaft. Completed in April 1945 the prototype made its first flight on 8 May 1945. Unfortunately, this flight had to be cut short because of an abnormal rise in oil temperature, while a few days later an engine fire on the ground necessitated a complete engine change. Before this could be done, the R2Y1 was destroyed by American bombs. At the end of the war a second R2Y1 prototype was under construction and the design of a turbojet engine-powered fast attack bomber R2Y2 had almost been completed (Ref. 1).