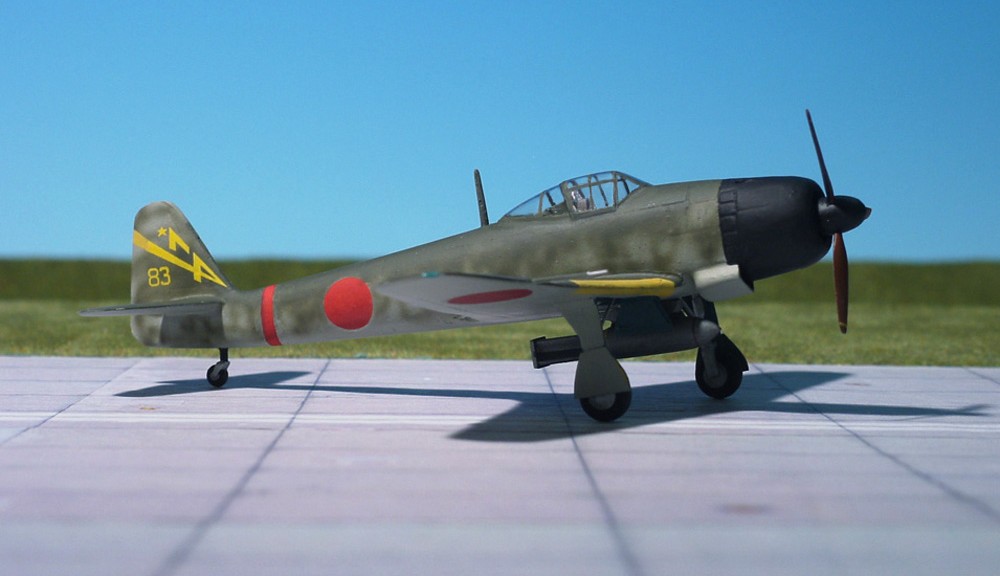 COMMENT: The Kawasaki Ki-119 was a design for a single-engine light bomber that would have been used in the defense of the Japanese homeland. Earlier Japanese bombers had been designed to operate over long distances, either in China or over the Pacific, but by the start of 1945 it was clear that the Japanese army might soon be fighting on home soil. This meant that a short range single-engine bomber would be possible, saving on the limited supply of both engines and trained air crew.
In March 1945 the Army Air Force issued Kawasaki with orders to produce a single seat bomber that could carry 1,764lb of bombs to targets 373 miles from its base, armed with two 20mm cannon and powered by one 1,900 hp Army Type 4 radial engine. Unlike many new aircraft being developed in Japan in 1945 the Ki-119 was not designed to be used in suicide attacks.
Takeo Doi and his team produced a design and a mock-up in three months. The fuselage was based on that of the Kawasaki Ki 100 radial-engine fighter. The aircraft was made as easy to fly as possible – a wide track undercarriage with good shock absorbers was chose to make the aircraft easy to handle on the ground, and large wings with a high aspect-ratio were designed, to make it easy to handle in the air. The aircraft was designed to carry three different sets of armament. In its basic light bomber role it was to be armed with two 20mm cannon and one 1,764lb bomb. It could also serve as a fighter escort, with no bombers but two extra 20mm cannons, or as a dive bomber with two 551lb bombs.
The impressively rapid development of the Ki-119 came to a halt in June 1945 when the detailed drawings were destroyed when American air raids damaged Kawasaki’s factory at Kagamigahara. This pushed back the expected delivery date for the prototype from September until November, with production expected in time for the new aircraft to take part in the fighting of 1946. The unexpectedly sudden end to the war meant that the prototype was never completed (Ref.: 24).