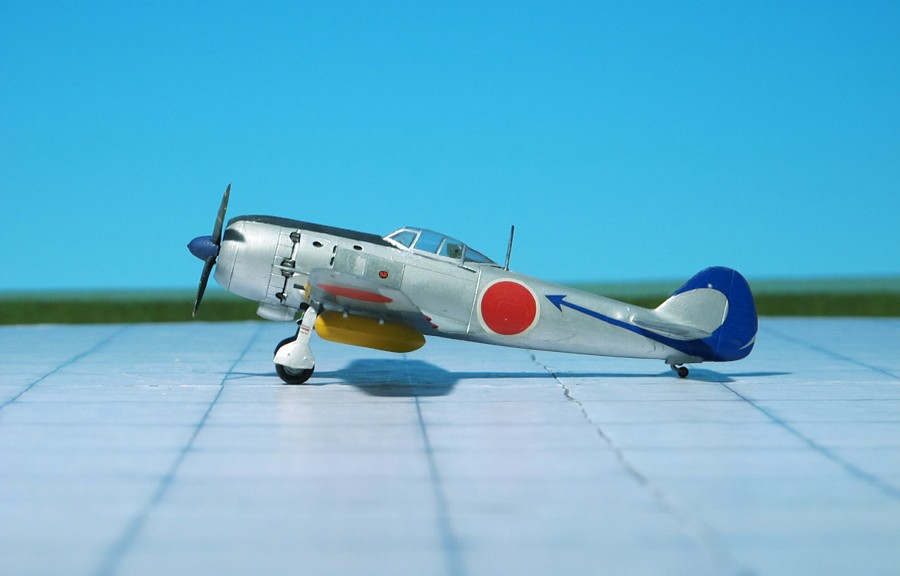 COMMENT: Undoubtedly the best Japanese fighter aircraft to see large-scale operation during the last years of war in the Pacific Area, was well protected, well armed, fast and manoeuvrable. The Ki-43 Hayabusas were just starting to fire their guns in anger when Nakajima was instructed to design their replacement. The specification called for an all-purpose, long-range fighter with high speed and capable of operating at combat rating for 1.5 hours. Design work was initiated in early 1942 and in March 1943 the first prototype was completed. Flight test began in April 1043 and after success under operational conditions the mass production of the aircraft war started as Army Type 4 Fighter Model 1A Hayate, or Ki-84-Ia. A total of 3,514 Ki-84s and derivatives were built, of which were 3,288 Ki-84-I and Nakajima Ki-84-II production aircraft as well as 3 Tachikawa Ki-106 prototypes, a wooden version of the Ki-84 Hayate. (Ref.: 1)