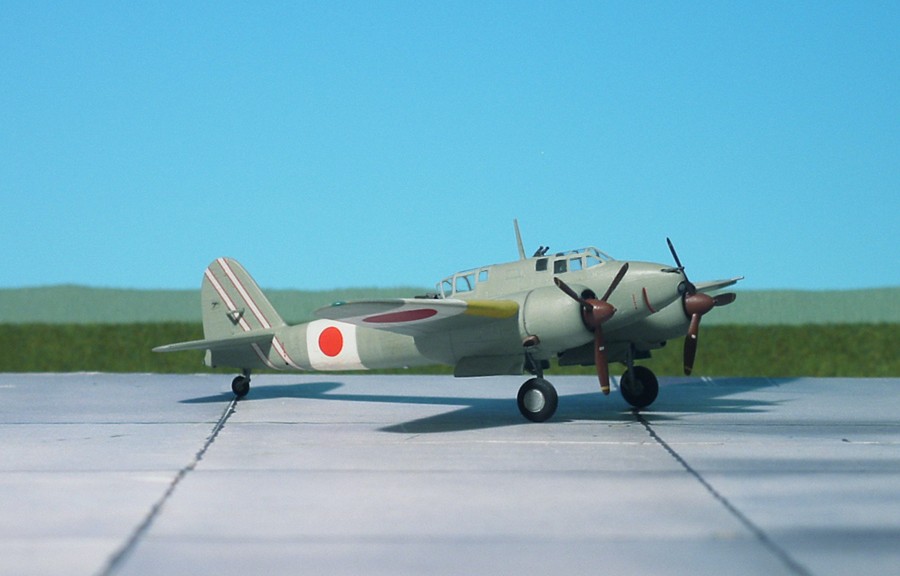 COMMENT: The primary task of the Kawasaki Ki-45 “Toryu” , it’s design dates back to the late 1930th , was long-range escort of bombers. But it took a long time until the first pre-series aircraft were completed and flight testing initiated. Soon it became clear that the model has to be revised. This new aircraft, Ki-45-KAI (Kaizo means modified) was in fact a totally new design and performed completely satisfactory during its initial flight tests. Orders for quantity production were placed and the first aircrafts reached units by August 1942. The increasing use by the USAAF of B-24 Liberators by night called for improvisation on the part of the Imperial Army as the service possessed no specialized night fighters. The Ki-45-KAI-Ko was a choice for the nocturnal role and a field modification resulted in installation of a pair of Ho-103 machine guns or Ho-5 cannon mounted obliquely to fire upward and forward at an angle of some 70 degrees. While lacking AI radar and being forced to rely on ground guidance to intercept intruders, with searchlight illuminating the quarry, the Toryu enjoyed some success as a night fighter (Ref.: 5). 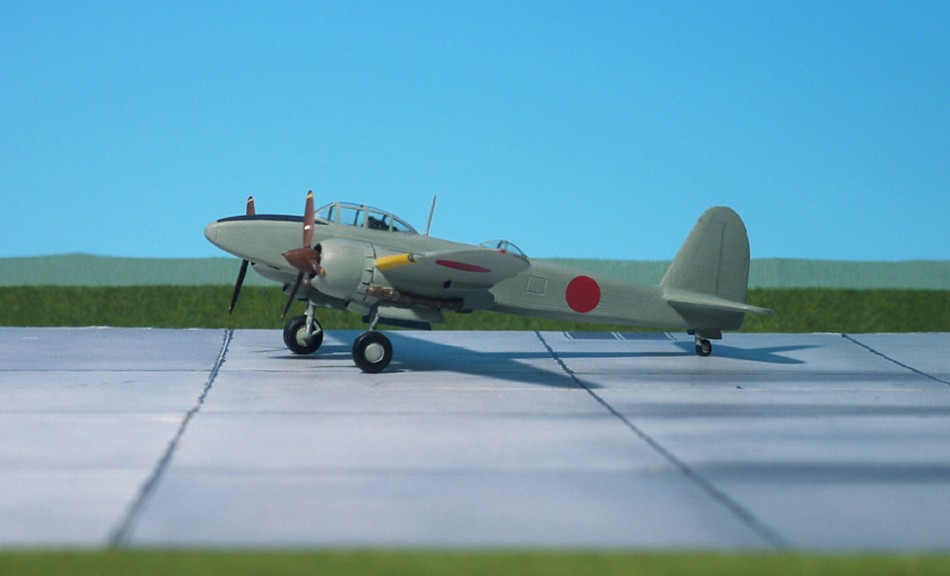 COMMENT: In November 1944, at the time that Kawasaki had received instructions to produce 20 pre-production Ki-102-Ko interceptors, the company had also been ordered to develop as a matter of urgency a specialized night fighter version of the basic design. This, the Ki-102-Hei, retained the turbocharged engines but featured a longer-span wing, a lengthened fuselage, redesigned tail surfaces, the relocation of the second cockpit further aft, and an armament of two 30 mm Ho-105 cannon. Work on centimetric AI radar based on German FuG 240 Berlin N-1a had meanwhile proceeding in Japan, and provision was made in the Ki 102-Hei to mount the concave antenna dish behind a plexiglas nose cone. The first of two Ki-102-Hei prototypes was scheduled to commence its flight test programme in July 1945, with the second following one month later. But in June, the Kawasaki plant was again hit by B-29 Superfortresses and both Ki-102-Hei prototypes were seriously damaged. Repairs were begun immediately but Japan’s surrender terminated further work (Ref.: 5).