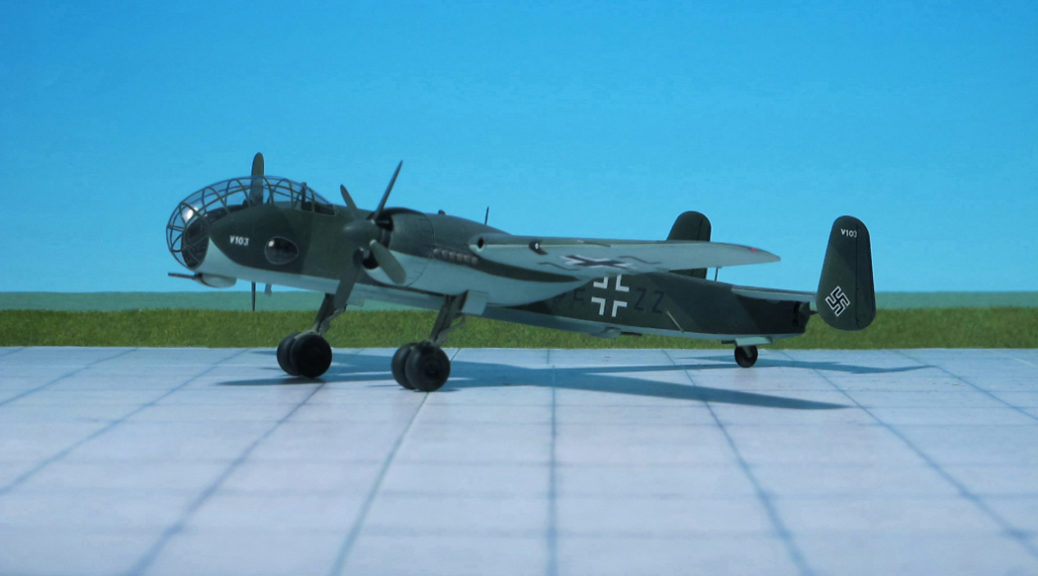 COMMENT: Prior to the receipt of RLM instructions to prepare for production of the Daimler-Benz DB 606-powered Junkers Ju 288, the Junkers construction bureau had introduced some major changes in the basic design of the bomber which had resulted in the Ju 288C intended specifically for the Daimler-Benz engines. One of the most noticeable external changes was the provision of a redesigned and elongated nose which increased overall length substantially. Defensive armament was supplemented by a ventral barbette aft of the bomb-bay, instrumentation was greatly improved and the structure was strengthened.
The first C-series prototype, the Ju 288 V101 with DB 606A/B engines, was completed in August 1942, this being followed within a few weeks by the similar Ju 288 V102.
The Ju 288C programme continued with high priority, production standards were finalized, and modifications dictated by flight test programme, together with production features, were embodied by the next prototype, the Ju 288C V103. Fitted with the more powerful DB 610 engines and introducing provision for underwing weapons racks, the Ju 288C V103 had the full complement of four remotely-controlled gun barbettes, and was flown for the first time in spring of 1943.
The Junkers Ju 288C V103 was intended as the first production prototype for the Ju 288C-1, and was rapidly followed by the Ju 288 V104 and V105 which were flown in May 1943, and the V106 which flew in June, these all being powered by DB 610A/B engines and differing only in minor items of equipment. At this time, it was proposed to manufacture the bomber in three versions which differed primarily in the defensive armament fitted. The Ju 288C-1 was to have a chin, dorsal and ventral barbettes each mounting twin MG 131 machine guns, and a tail barbette mounting a MG 151 cannon; the Ju 288C-2 was to have had twin MG 151 cannon in each chin, dorsal and ventral barbettes, and either two MG 131s in tail barbette or four MG 131 in a manned tail turret, and the Ju 288C-3 was to have been a night bomber with defensive armament restricted to twin MG 131s in a ventral barbette.
Suddenly, in June 1943, Junkers was informed by the Technische Amt that the entire “Bomber B” programme had been abandoned owing to increasing shortages of strategic materials and the effect that the launching of a major production program for a new bomber would have on existing production programmes at a critical phase in the conflict. However, despite the cancellation of the programme, Junkers completed two additional machines, the Ju 288 V107 and V 108, which were flown in July 1943, other airframes on the assembly line being scrapped. Some flight testing of the Ju 288 was continued until the summer of 1944, by which time a least 17 of the 22 prototypes had crashed while engaged in flight development. With the termination of the test programme, several of the surviving Ju 288B- and C-series prototypes were transferred to the Luftwaffe, and fitted with ventral gun pods similar to that fitted to the Junkers Ju 88P-4 and mounting a single 50 mm BK 5 (KwK 39) cannon, these saw limited operational use during the closing stages of the conflict (Ref.:7). 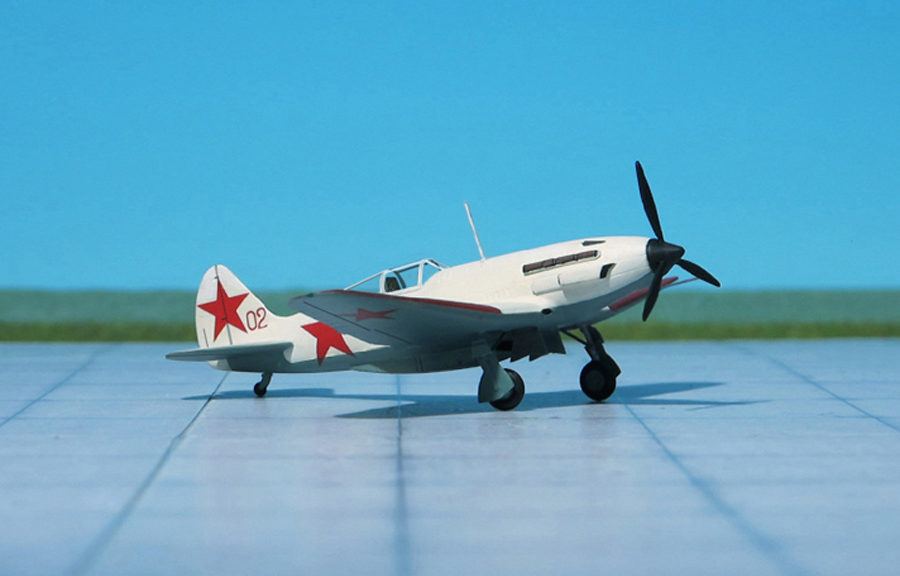 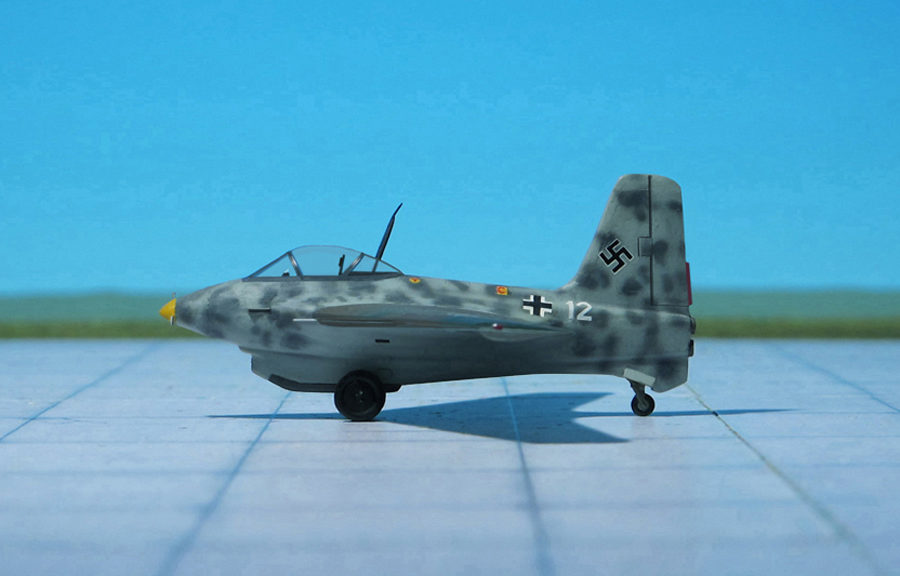