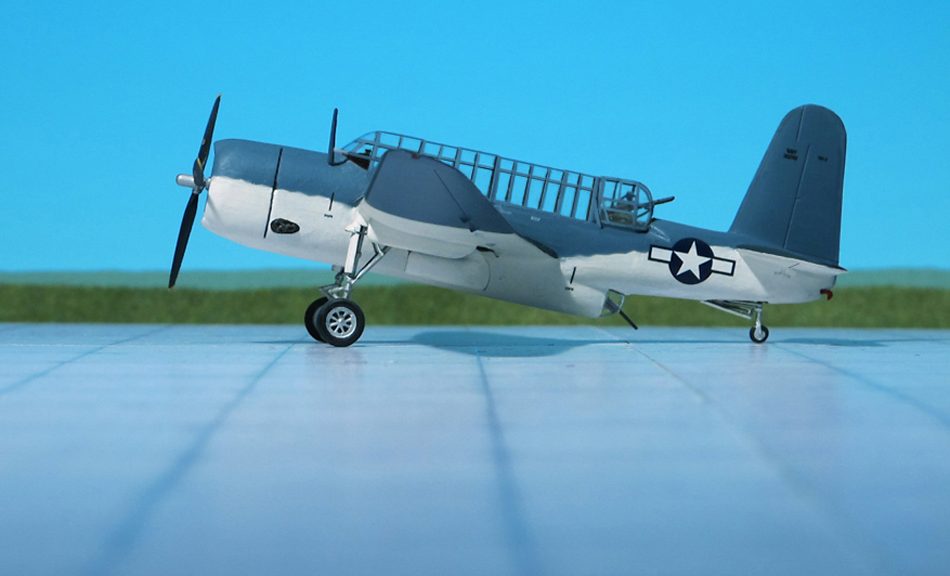 COMMENT: The Chance-Vought XTBU-1 “Sea Wolf” was a torpedo bomber designed as a rival to the Grumman TBF “Avenger”, and that entered production as the Consolidated TBY-“Sea Wolf”.
In October 1939 the US Navy issued a request for proposals for a new torpedo bomber to the US aircraft industry. The new aircraft was to carry a crew of three, have a top speed of 300mph, be able to carry one torpedo or three 500lb bombs internally, have self-sealing fuel tanks and armor and a powered dorsal gun turret.
A number of companies submitted designs to satisfy this specification, but only Grumman and Chance-Vought received orders to build prototypes. The Chance-Vought design resembled a less ‘chunky’ version of the Grumman TBF “Avenger”, with a longer greenhouse canopy, although it took up more space with its wings folded than the Grumman design. The prototype was powered by a Pratt & Whitney R-2800-6 engine for its first flight, then by an R-2800-2. One unusual feature was a single control that lowered undercarriage and flaps and set propeller pitch and fuel mixture ready for landing.
Chance-Vought received an order on April 1940, and the prototype made its first flight on December 1941. By this time it was already almost too late. Grumman had received a production order for the TBF-1 “Avenger” in December 1940, and the first prototype made its maiden flight in August 1941. The Japanese attack on Pearl Harbor and the resulting US entry into the WW II meant that the need for a new torpedo bomber was suddenly very urgent. The XTBU-1 reached NAS Anacostia for trials in March 1942, but despite proving to be 30 mph faster than the “Avenger” it was not put into production until the following year.
The XTBU-1 was armed with one fixed forward firing 0.50in gun in the engine cowling, one 0.50in gun in the power operated dorsal turret and one 0.30in gun mounted in the ‘stinger’ or ventral tunnel position (the same defensive layout as the original “Avenger”).
By 1942 Chance Vought was building fighter aircraft, most famously the F4U “Corsair”. When the Navy finally decided to put their torpedo-bomber into production in 1943 they had to find an alternative manufacturer, and so in September 1943 Consolidated Vultee received an order to produce 1,100 aircraft with the new designation TBY-2 “Sea Wolf” (Ref.: 23, 24).