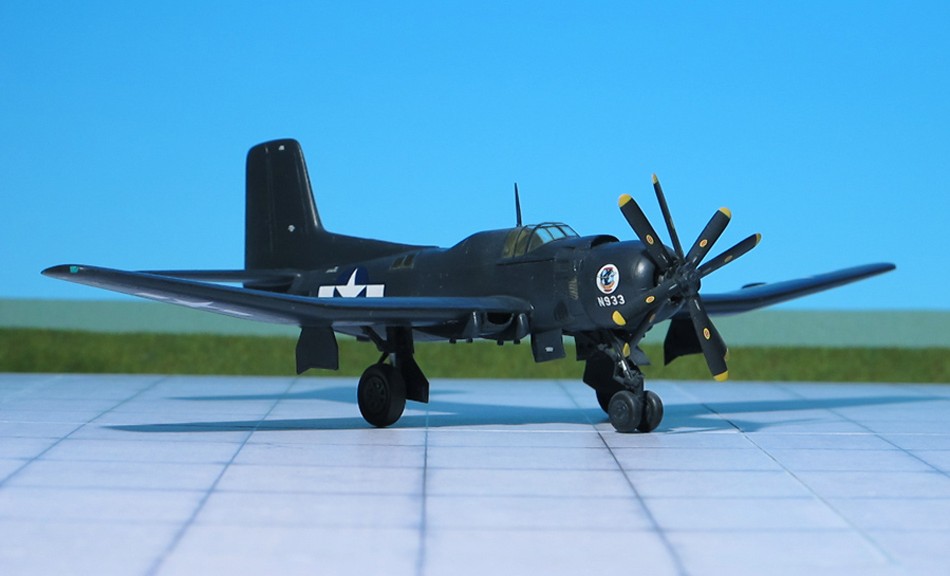 COMMENT: The Douglas XTB2D Skypirate (also known as the Devastator II) was a torpedo bomber intended for service with the US Navy’s Midway- and Essex-class aircraft carriers; it was too large for earlier decks. Two prototypes were completed, but the dedicated torpedo bomber was becoming an outdated concept, and with the end of WW II, the type was deemed unnecessary and cancelled.
In 1939, Douglas designers began work on a VTB Proposal to replace the Douglas TBD Devastator torpedo bomber. In 1942, the team began work on a new project named the “Devastator II”. On October 1943, just four days after the very large Midway-class aircraft carriers were ordered into production, Douglas received a contract for two prototypes, designated TB2D, receiving the official name: “Skypirate”.
The TB2D was powered by a Pratt & Whitney R-4360 Wasp Major driving contra-rotating propellers. Four torpedos or an equivalent bomb load could be carried on underwing pylons. Defensive armament consisted of two 20 mm cannon in the wings and 12.7 mm machine guns mounted in a power-operated dorsal turret.
Very large for a single-engined aircraft, the TB2D would have been the largest carrier-borne aircraft at the time; it could carry four times the weapon load of the Grumman TBF Avenger. With only limited support from the US Navy, and facing a recommendation for cancellation on May 1944 due to the aircraft being designed only for the CVB and CV9 carriers, the TB2D project was in peril even at the design and mockup stage
The two “Skypirate” prototypes were ready for flight trials in 1945 with the first prototype XTB2D-1 flying on 13 March 1945. The second example had a 58 cm increase in the length of the fuselage, and flew later in summer 1945. Both prototypes were test flown without any armament. Despite the flying trials proceeding on schedule, the collapse of the Japanese forces in the Pacific along with delays in the Midway-class carriers, eliminated the need for the type and the 23 pre-production aircraft on order were subsequently cancelled. The flight trials were suspended and the two prototypes were eventually reduced to scrap in 1948 (Ref.: 24).