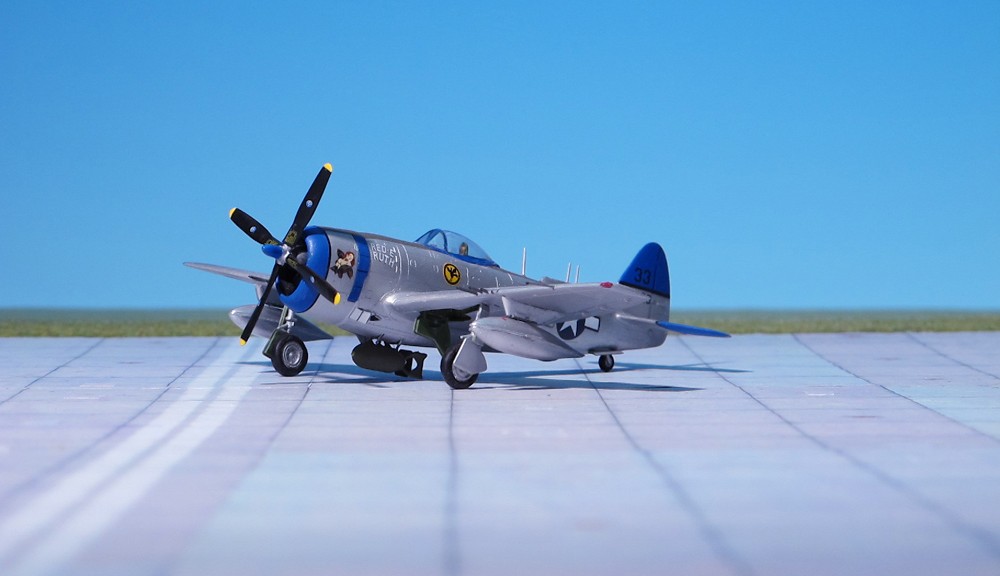 COMMENT: The Republic P-47N was the last Thunderbolt variant to be produced. It was designed as an escort fighter for the Boeing B-29 Superfortress bombers flying raids on the Japanese home islands. Increased internal fuel capacity and drop tanks had done much to extend the Thunderbolt’s range during its evolution, and the only other way to expand the fuel capacity was to put fuel tanks into the wings. Thus, a new wing was designed with two 50 U.S. gal fuel tanks. The redesign proved successful in extending range to about 2,000 miles, and the squared-off wingtips improved the roll rate. The P-47N entered mass production with the uprated R-2800-57 engine, with a total of 1,816 built. The very last Thunderbolt to be built, a P-47N-25, rolled off the production line in October 1945. Thousands more had been on order, but production was halted with the end of the World War II in August 1945.